WASHINGTON DC: A recent study has found that Indian-born women in Canada, who already have daughters, are giving birth to more males than expected, making the sex ratios skew toward boys. 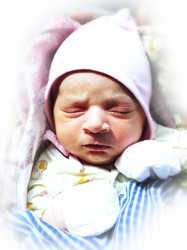 Photo for representational purpose only. —Thinkstock

A recent study has found that Indian-born women in Canada, who already have daughters, are giving birth to more males than expected, making the sex ratios skew toward boys.

The likelihood of male births increases if women had had an induced abortion before the male birth. The natural odds of having a boy are in the range of 103 to 107 boys for every 100 girls.

Researchers looked at the data from the Institute for Clinical Evaluative Sciences (ICES) and the Citizenship and Immigration Canada permanent resident database on more than 1.2 million births in women with having a third child in Ontario between April 1, 1993, and March 31, 2012. Of the total group, 1,53,829 (12.6 per cent) were immigrant women from Asia.

Among women born in India, who already had two girls, the ratio of male to female babies for the third birth was almost double the average, with 196 boys born for every 100 girls.

If an Indian-born mother with two daughters had had an abortion before the third child, the sex ratio increased to 326 boys for every 100 girls and to 409 boys if the mother had had multiple abortions.

If a woman had an abortion at or after 15 weeks, when ultrasound can determine sex of the fetus, the sex ratio rose further, to 663 boys for every 100 girls.

"Among some Indian immigrants, the practice of induced abortions is associated with subsequently having a boy, especially at the third birth and among women with two previous girls," states Dr Marcelo Urquia with coauthors.

The researchers suggest that these findings "provide details about specific factors associated with this practice." They concluded that further research may clarify the social and cultural forces that influence some immigrant couples to have more sons than daughters, particularly in the Canadian context, which is a more sex-egalitarian society and where the given reasons for preferring sons are supposed to be undermined.

In a related commentary, Dr Abdool Yasseen and DR Thierry Lacaze-Masmonteil wrote, the results suggest that prenatal sex selection is likely present among first-generation immigrants to Canada from India and provide strong evidence that suggests induced abortions are being used to select infant sex in Canada.

He added, “We hope that these findings stimulate discussion toward the re-evaluation and development of public health policies aimed at eliminating the practice of prenatal sex selection in Canada." The study appeared in CMAJ (Canadian Medical Association Journal). —ANI