BATHINDA: An officer of the Excise and Taxation Department posted at Bathinda on Thursday alleged inaction by the police on an assault complaint. 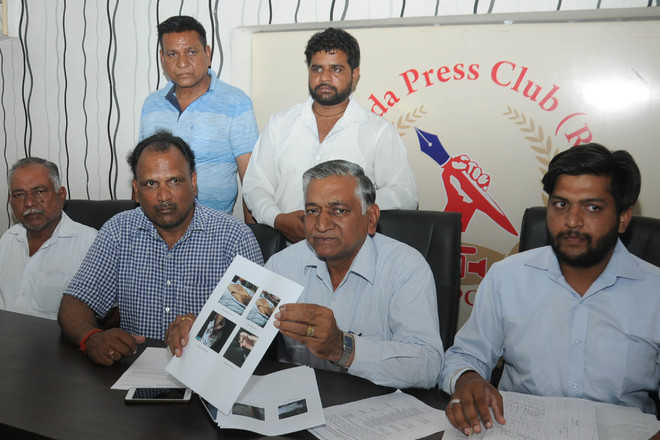 Ashok Bansal, officer of the Excise and Taxation Department, addresses the media in Bathinda on Thursday. Pawan Sharma

An officer of the Excise and Taxation Department posted at Bathinda on Thursday alleged inaction by the police on an assault complaint. The officer said family members and relatives of his son’s in-laws had beaten him up on April 29.

Addressing a press conference, Ashok Bansal, along with his family members, said despite visiting the police station a number of times, no FIR had been registered.

Alleging inaction, Bansal said, “I was beaten up by my son’s in-laws in April. Despite reaching out to police personnel at the Kotwali police station on a number of occasions, no action has been taken in the matter till now. I have even given a written complaint to the DSP regarding the matter, but to no avail.”

Bansal said, “After the incident, my son and his wife left the home. I demand strict action against the culprits from the family of my son’s in-laws. The authorities have not taken any action, which gives courage to such people to indulge in nefarious activities without any fear.”

When contacted, Suneel Sharma, Station House Officer (SHO), Kotwali police station, said, “The son of the complainant (ETO) is living with his wife amicably and at his own will. As far as the allegation of beating up the ETO is concerned, his son has said there was a minor scuffle. We are further investigating the matter as to know who is at fault.” — TNS