NEW DELHI: The GST Council will on Friday consider slashing GST rate on electric vehicles to 5 per cent, from 12 per cent currently, along with extension of the tenure of the anti-profiteering authority by a year till November 2020, an official said. 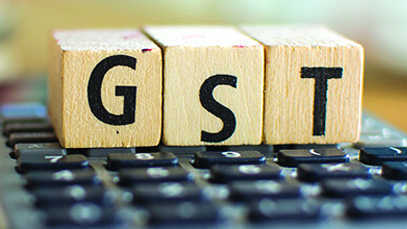 The Council is also likely to discuss a mechanism for single-point sanctioning and processing GST refunds.

The GST Council will on Friday consider slashing GST rate on electric vehicles to 5 per cent, from 12 per cent currently, along with extension of the tenure of the anti-profiteering authority by a year till November 2020, an official said.

The 35th meeting of the GST Council and the first under Finance Minister Nirmala Sitharaman will also consider a couple of anti-evasion steps such as integration of e-way bill with NHAI’s FASTag from April 1, 2010, and asking businesses with a turnover of over Rs 50 crore to issue e-invoice for B2B (business-to-business) sales, as well as asking states to make e-ticketing mandatory for all movie halls.

The Council will also consider tweaking GST rate on lottery. An 8-member group of state finance ministers could not reach a consensus on whether a uniform tax rate should be imposed on lotteries or the current differential tax rate system be continued.

Also, the Council is likely to discuss a mechanism for single-point sanctioning and processing GST refunds.

The current mechanism entails twin refund sanctioning authority of the central and state tax officers but that could well change by August when the proposed new structure involving a single authority comes in place.

To give a push to manufacturing electric vehicles, the Council will consider slashing GST rates to 5 per cent from 12 per cent, the official said.

GST rate for petrol and diesel cars and hybrid vehicles is already at the highest bracket of 28 per cent plus cess.

Besides, the Council will also consider extending the tenure of the National Anti-Profiteering Authority (NAA) by a year till November 30, 2020, as the authority continues to receive consumer complaints of profiteering against companies.

The NAA came into existence on November 30, 2017, after its Chairman B N Sharma assumed charge. So far, the NAA has passed 67 orders in various cases.

In a move to check evasion, the Council would also discuss the proposal of integrating e-way bill with NHAI’s FASTag mechanism from April 1, 2020. Such an integration would help find the location of the vehicle and when and how many times it has crossed NHAI’s toll plazas and restrict transporters from doing multiple trips by generating a single e-way bill.

Transporters of goods worth over Rs 50,000 would be required to present an e-way bill during transit to a GST inspector, if asked.

However, lack of harmonisation under the ‘track and trace’ mechanism in terms of sharing information among different agencies is leading to misuse of e-way bill.

The Council would also consider another anti-evasion proposal of issuance of e-invoices on a centralised government portal by businesses with turnover of Rs 50 crore and above for B2B sales.

An analysis of return filing shows that as many as 68,041 businesses have reported a turnover of over Rs 50 crore and accounted for 66.6 per cent of total GST paid in 2017-18.

Further, while these businesses account for just 1.02 per cent of GST payers, they make up almost 30 per cent of the B2B invoices generated in the system. PTI