Following complaints of pollution, the State Pollution Control Board has sought a report from Ambala in this regard.

The Deputy Commissioner along with officials of the Pollution Control Board, and the Irrigation Department and Naraingarh SDM Aditi had recently visited the Kala Amb area to take stock of the situation.

She has directed the officials to take water samples and prepare a report regarding the water being released into the nullah and present it within a week, to be forwarded to the State Pollution Control Board.

According to information, the state government has also constituted a task force under the chairmanship of the Chief Secretary and officials have been directed to take all possible measures to control pollution in the Markanda and the Ghaggar.

Sharandeep Kaur says, “Untreated water from industrial units in Himachal Pradesh has been polluting the Markanda and the Ghaggar, which is a matter of concern. The report will be forwarded to the State Pollution Control Board and the state government will take up the matter with the Himachal Pradesh Government for appropriate action in the matter”.

Officials have been directed to gather information about the causes of pollution in the Markanda and the Ghaggar. Besides, they have also been told to provide solutions to prevent pollution.

The Deputy Commissioner says, “The state government and the district administration are serious about the issue and efforts are being made to solve the problem and prevent pollution”.

She has also held a meeting with the officials of the Public Health Department, Municipal Corporation, Irrigation Department, State Pollution Control Board and other departments regarding pollution in the Ghaggar. 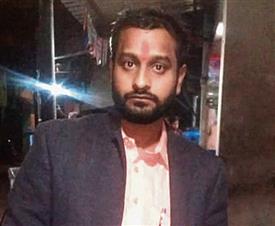