Bhartruhari Mahtap of the BJD argued water being a state subject, the Centre was “overstepping” Constitutional limits by introducing the Bill. The minister rejected the argument, saying the Bill was necessary in times when states were increasingly refusing to honour the awards of multiple existing tribunals, mentioning the dispute between Karnataka and Tamil Nadu over the Cauvery waters. “This is a revolutionary step. It’s a well-planned Bill,” she said.

According to the Bill, the proposed tribunal would have multiple benches. It would be headed by a chairperson with a five-year term. The time period to adjudicate a dispute would be a maximum of four-and-a-half years. The tribunal’s decision would be binding on the states. The government argues that owing to the rising water demand in states, disputes are on the rise. Though the Inter-State River Water Disputes Act 1956 provides for a legal framework to address these disputes, it “suffers has various drawbacks.”

In a statement later, the Union Water Resources Ministry cited delay in adjudication by tribunals set up earlier as one of the main drawbacks. “The decision of the tribunal shall be final and binding with no requirement of publication in the official Gazette,” it said.

The Bill provides for appointment of assessors to provide technical support to the tribunal. It proposes to introduce a mechanism to resolve grievances “amicably” through a dispute resolution committee to be established by the Centre.

Successors of those who migrated to Pakistan and China during the partition will have no claim over the properties left behind in India, with Parliament on Tuesday passing a Bill to amend a 49-year-old law.  The Enemy Property (Amendment and Validation) Bill, 2016, which amends the Enemy Property Act, 1968, was passed by a voice vote in the Lok Sabha. pti

19 hours ago
2
Schools In the news 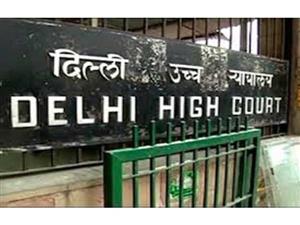