Boy escapes unhurt as car runs over him; incident caught on CCTV

CHANDIGARH: A young child miraculously escaped unhurt as a car ran over him in a video reportedly from Ghatkopar in Mumbai which is going viral on the social media. 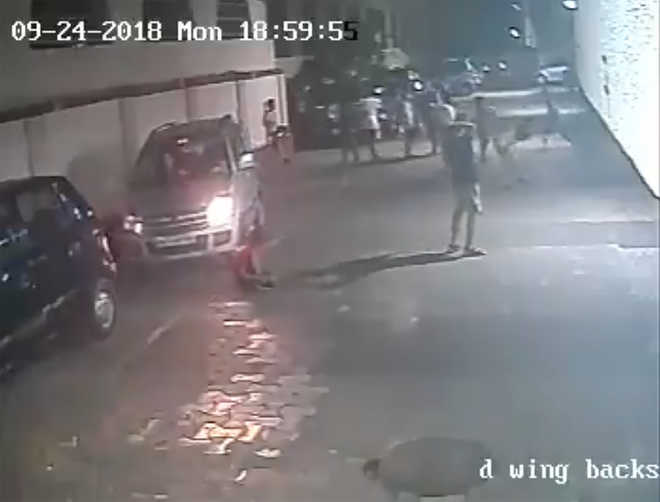 The incident was caught on CCTV. Photo courtesy Twitter

A young child miraculously escaped unhurt as a car ran over him in a video reportedly from Ghatkopar in Mumbai which is going viral on the social media.

It was captured in a CCTV camera at around 7 pm on Monday.  A woman is seen driving a Wagon R as the boy is seen tying his shoelaces.

There are a group of boys playing football in the street when the young woman without seeing the boy runs him over with the car.

The passenger side door of the car also appears to be open in the video.

The boy escaped unhurt and is seen quickly getting up and going to his friends.

This is called miracle.
Thank God, the child is saved and fine pic.twitter.com/OSpbZJ3uMt