NEW DELHI: The Indian Air Force has given new shoulder patches with titles ‘Falcon Slayers’ and ‘AMRAAM Dodgers’ to Wing Commander Abhinandan Varthaman’s MiG-21 Bison squadron in a tribute to his bravery in shooting down a F-16 jet of Pakistan during the aerial combat on February 27, officials said. 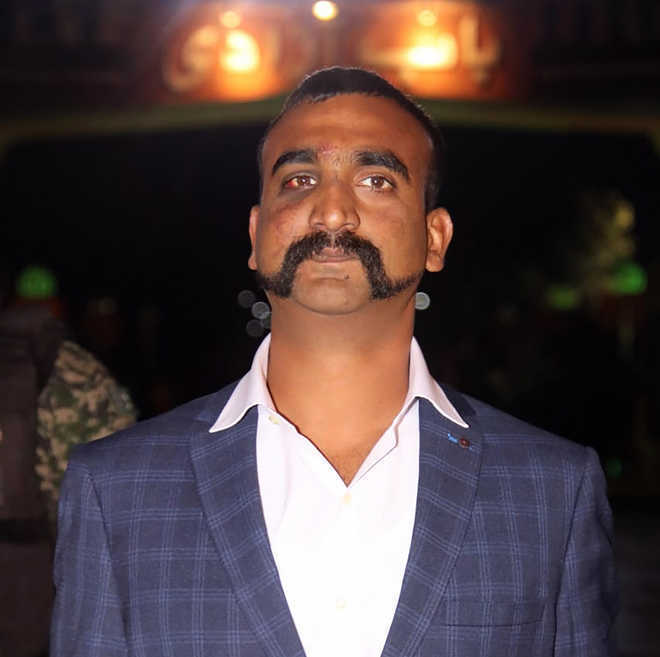 The Indian Air Force has given new shoulder patches with titles ‘Falcon Slayers’ and ‘AMRAAM Dodgers’ to Wing Commander Abhinandan Varthaman’s MiG-21 Bison squadron in a tribute to his bravery in shooting down a F-16 jet of Pakistan during the aerial combat on February 27, officials said.

The new patches given to the 51 Squadron of IAF depict a MiG-21 in the foreground along with a red-coloured F-16 with ‘Falcon Slayers’ written on top and ‘AMRAAM Dodgers’ written at the bottom of it.

A fleet of Pakistani fighter jets had unsuccessfully targeted various military installations in Jammu and Kashmir on February 27, a day after India carried out air strikes on a terrorist training camp deep inside Pakistan’s Balakot.

The IAF foiled the Pakistani retaliation, and in the dogfight, Varthaman downed an F-16 fighter jet of the Pakistan Air Force, showing grit, determination and bravery.

Soon after he brought down the F-16, Varthaman was captured by the Pakistani Army as his MiG-21 Bison jet was hit. Varthaman was released on the night of March 1 by Pakistan.

The IAF had said the Pakistani F-16 fighters fired AMRAAM beyond visual range air-to-air missile during the aerial combat.

After he was captured, Varthaman showed courage and grace in handling the most difficult circumstances for which he was praised by politicians, strategic affairs experts, ex-servicemen, celebrities and people in general.

Varthaman became the face of the military confrontation between the two countries. Last month, he was shifted out of Srinagar and posted to a frontline air base in the western sector.