FAZILKA: A ray of hope has rekindled among Fazilka residents as the railway authorities have decided to construct an underbridge knows as Limited Height Subway on the busy court road railway crossing in nine months. 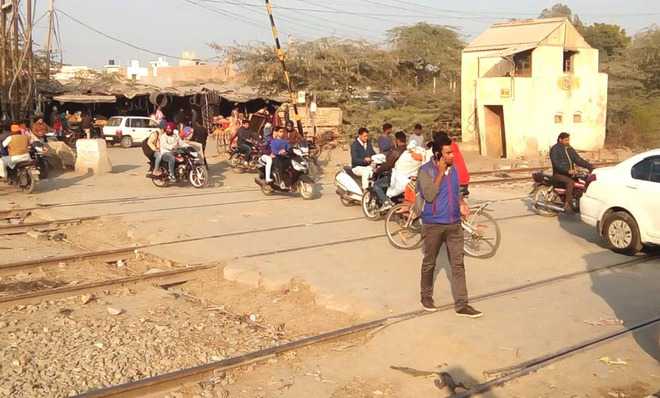 A ray of hope has rekindled among Fazilka residents as the railway authorities have decided to construct an underbridge knows as Limited Height Subway on the busy court road railway crossing in nine months.

The counsel for the Union Government and Railway authorities had stated in the Punjab and Haryana High Court on December 4 that the construction of the underbridge at level crossing number B-89 in Fazilka would be completed in nine months.

The Punjab State Power Corporation Limited (PSPCL) has stated that 11-kV power lines passing over the railway crossing have been removed for hassle-free construction of the underbridge.

Gurjant Singh of Odian village in Fazilka had filed a PIL in the Punjab and Haryana High Court last year for the completion of the underbridge.

A Division Bench of the Punjab and Haryana High Court comprising Chief Justice Krishana Murari and Judge Arun Palli disposed of the case in terms of statement made by the counsels of respondents for completion of the underbridge in nine months.

The work on the underbridge had come to a standstill two year ago as the state government failed to deposit the requisite amount of Rs 50.79 lakh for removing the electricity cables.

Ultimately, the Municipal Council deposited the amount with the PSPCL resulting in removing the power lines.

The railway crossing has to be closed at least 22 times a day, causing traffic jams. The residents demanded that the construction should be started immediately the offer hassle-free movement to commuters.