CHANDIGARH: An NGT panel on Wednesday asked Punjab officials to take measures against river pollution or be ready to face the music. 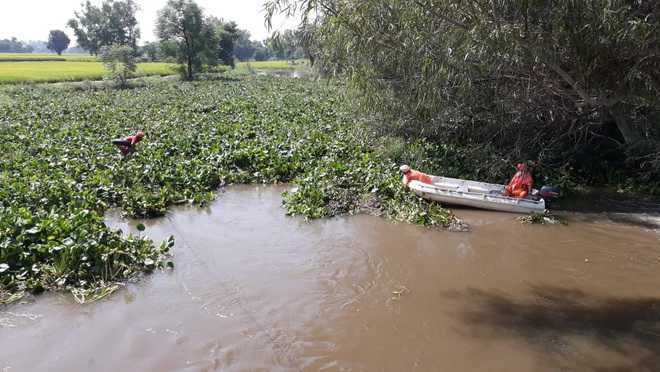 Monitoring panel directed the PPCB to ensure that no waste was thrown into the historic Kali Bein rivulet.

An NGT panel on Wednesday asked Punjab officials to take measures against river pollution or be ready to face the music.

Showing zero tolerance towards river pollution in the state, the monitoring committee constituted by the National Green Tribunal asked the officials concerned to pull up their socks or face the music due to “complacency on their part in taking effective measures”, an official statement said here.

The NGT had formed the panel to monitor pollution in the Sutlej and Beas rivers besides their tributaries.

The committee also directed the Punjab Pollution Control Board (PPCB), civic bodies of Ludhiana and Jalandhar to strictly monitor the flow of untreated industrial and domestic waste into the rivers.

They were asked to launch a crackdown on the industrial units violating pollution norms, the Punjab government release said.

Reviewing the progress on the implementation of action plans for the cleaning of the rivers during its seventh meeting here, the chairperson of the monitoring committee, Justice Jasbir Singh (retd), referring to an issue raised by environmentalist Balbir Singh Seechewal, directed the PPCB to ensure that no waste was thrown into the historic Kali Bein rivulet.

Seechewal is a member of the NGT panel.

The chairperson asserted that no laxity in this regard would be tolerated and the committee would initiate field visits to assess the ground reality in different districts, including Amritsar, Jalandhar and Ludhiana.

Fixing the next meeting for December 11 to evaluate the action taken by the officials concerned, the panel chairperson directed to accomplish the given tasks in a stipulated time frame, the release said.

He also asked the departments/agencies concerned to take appropriate action on the recommendations and decisions made by the committee during its field visits in the past a couple of months.

It was also decided in the meeting that all agencies involved in the cause of preventing river pollution would ensure timely submission of action taken reports, otherwise, the officer concerned be held accountable for the delay.

The committee also instructed the PPCB and the Ludhiana Municipal Corporation for expeditious commissioning and execution of Jamalpur, Bhattian I&II, Balloke-I and II sewage treatment plants.

The committee directed to speed up the setting up of common effluent treatment plants in Ludhiana.

The PPCB informed the panel that the technical evaluation had already been completed for the installation of 11 real time water quality monitoring stations in rivers of the state.

The committee reviewed the progress on the setting up of treatment plants for dairy waste at Tajpur and Haibowal Dairy Complex in Ludhiana.

Justice Jasbir Singh asked the Department of Soil and Water Conservation to prepare and present a detailed plan for the use of treated water for irrigation.

The department told the panel that it had launched a programme to motivate farmers to use the treated water and NABARD had already approved a proposal for using water from 25 treatment plants in the state. — PTI