Schumacher in Paris for cell therapy 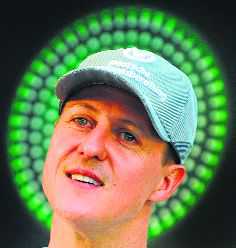 But according to Le Parisien, the 50-year-old German is in the cardiovascular department overseen by surgeon Philippe Menasche, described as a ‘pioneer in cell surgery against heart failure’.

Schumacher will receive stem cells to obtain an anti-inflammatory effect throughout his system, Le Parisien suggests. “The treatment will begin on Tuesday morning and (he will) leave the establishment on Wednesday,” said Le Parisien, which claims the former Ferrari star has already been treated there twice this spring.

The athlete was struck down by a skiing accident that snapped his helmet in December 2013 and little information on his condition has been made public since then. — AFP