LONDON: A dietary supplement containing a compound from cooked tomatoes can improve the size and shape of sperm, according to a study. 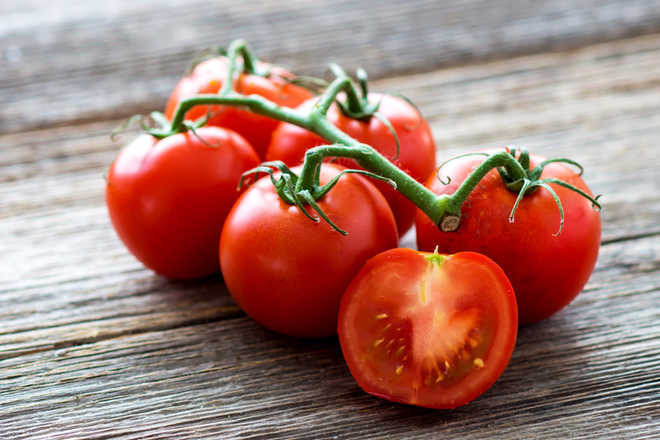 A dietary supplement containing a compound from cooked tomatoes can improve the size and shape of sperm, according to a study.

The study, published in the journal European Journal of Nutrition, assessed the impact of giving men a dietary compound called LactoLycopene.

The scientists, including those from the University of Sheffield in the UK, conducted the first ever double-blind randomised control trial for the drug -- a clinical trial protocol to eliminate study bias in which neither the researchers nor the patients know what treatment individual subjects are getting.

The research team discovered that the compound could increase the proportion of healthy shaped sperm, and boost 'fast swimming' sperm count by around 40 per cent.

Lycopene, found in some fruits and vegetables, particularly in tomatoes, is a pigment that gives them their red colour, the researchers said.

Dietary Lycopene, they mentioned, is poorly absorbed by the human body, so the researchers tested if the compound's commercially available formulation called LactoLycopene could improve its bioavailability.

The researchers said that 30 of the subjects took LactoLycopene supplements, and the other half took similar looking placebo (dummy pills), every day for the 12 weeks.

Sperm and blood samples from the participants were collected at the beginning and end of the trial, the study noted.

"We didn't really expect that at the end of the study there would be any difference in the sperm from men who took the tablet versus those who took the placebo. When we decoded the results, I nearly fell off my chair," said co-author Allan Pacey from the University of Sheffield.

The researchers said that the improvement in the size and shape of the sperm was dramatic.

"We used a computer system to make these measurements, which takes a lot of the human error out of the results. Also, the person using the computer didn't know who had taken LactoLycopene and who had taken the dummy pills either," Pacey added.

However, the researchers said that the sample size of the study was small and added that there was a need to repeat the work in larger trials. PTI