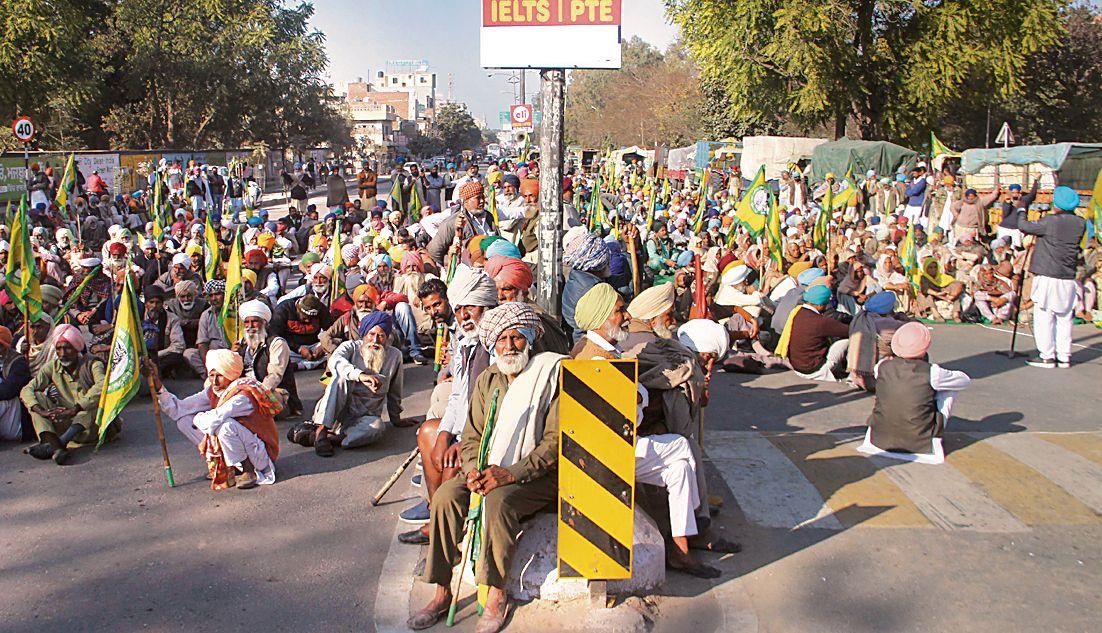 On the third day of their protest, members of the Bharatiya Kisan Union (Ekta) Ugrahan) blocked the GT Road outside the bus stand here on Wednesday. Demanding cancellation of FIRs registered for stubble burning and withdrawal of ‘Red Circle’ entries in the revenue records, the protesters also raised slogans against the district administration and the state government.

The agitating farmers got annoyed when the district administration sent the tehsildar to receive their memorandum. But, the protesters refused to hand over it and demanded that the Deputy Commissioner should come to the venue for the same.

When the administration did not pay heed to their demand, they blocked the GT Road.

Traffic around the bus stand remained affected for some time. Later, Phul SDM Khushdil Singh, along with other officials, reached the spot and convinced the agitating farmers. Thereafter, the latter handed over the memorandum to the SDM.

Members of the BKU (Ekta) Ugrahan have been protesting since January 20 outside the Deputy Commissioner office. In the memorandum, addressed to the Chief Minister, the farmers have demanded that the government should a find permanent solution to the problem of stubble burning. Besides, they said the government must cancel the FIRs registered against them over burning stubble.

The farmers threatened to intensify their protest if the fines imposed on them by Punjab Pollution Control Board and marking of the ‘Red Circles’ in their revenue record for stubble burning were not withdrawn.

District president of the BKU (Ekta) Ugrahan Shingara Singh Mann said “Farmers are aware that burning stubble is harmful for them as well for environment, but they do not have any other alternative. If they do not burn it and plough the stubble, they have to spend Rs6,000 per acre, which they cannot afford. So, a bonus of Rs6,000 per acre or Rs200 per quintal should be given to the farmers,” he added.