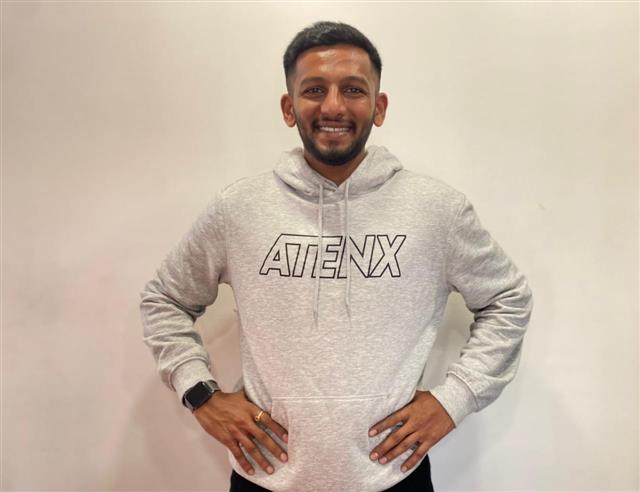 Aditya has an increadable journey in sports as he was professionally into multiple sports at state and national level in the following sports- Speed skating, Roll Ball, Taekwando, Kho Kho, Kick Boxing and Football during his school days. Later he narrowed down his professional career in sports only towards Roll Ball.

He started playing Roll Ball at the age of 10 and started performing professionally at the age of (12) for his district team (Pune) and in couple of years because of his incredible performance and goal scoring records he got into Maharashtra team. One of his record of scoring 29 goals in a single match still remains at the top and untouched at district level.

In his very first national championship he became the top goal scorer and the best player of the tournament which was something that made him gain fame in roll ball as an youngster as soon as he got selected in the Indian team at the age of 16.

Again in the very first international he became the top goal scorer of the tournament (Asian Championship). The graph of his performance was nothing but having a great spike ever single time he performed at national and international level.

Later looking at his track records, experience and ability to carry the whole team as one in the most difficult circumstances he was then made the captain of the Indian roll ball team just before the 2017 world championship. He has captained team India in 2 consecutive world championship where India successfully retained the world championship title.

He is the only player to be a part of the Indian national team in all the world championship (5) happened till now with some amazing records at international level for being the only player to score more than 100 goals (122) where the second highest stands at (66). He also holds the recored of scoring the highest number of goals in a single world championship (33) and not to be enough he also hold the rcored of scoring highest no of goals in a single world championship match (12) he was crowned as the world’s best player for the year 2011 to 2017.

He’s influence in sporting world, records and performance has made him the most dominating athlete in the sports for more than a decade and still going strong.