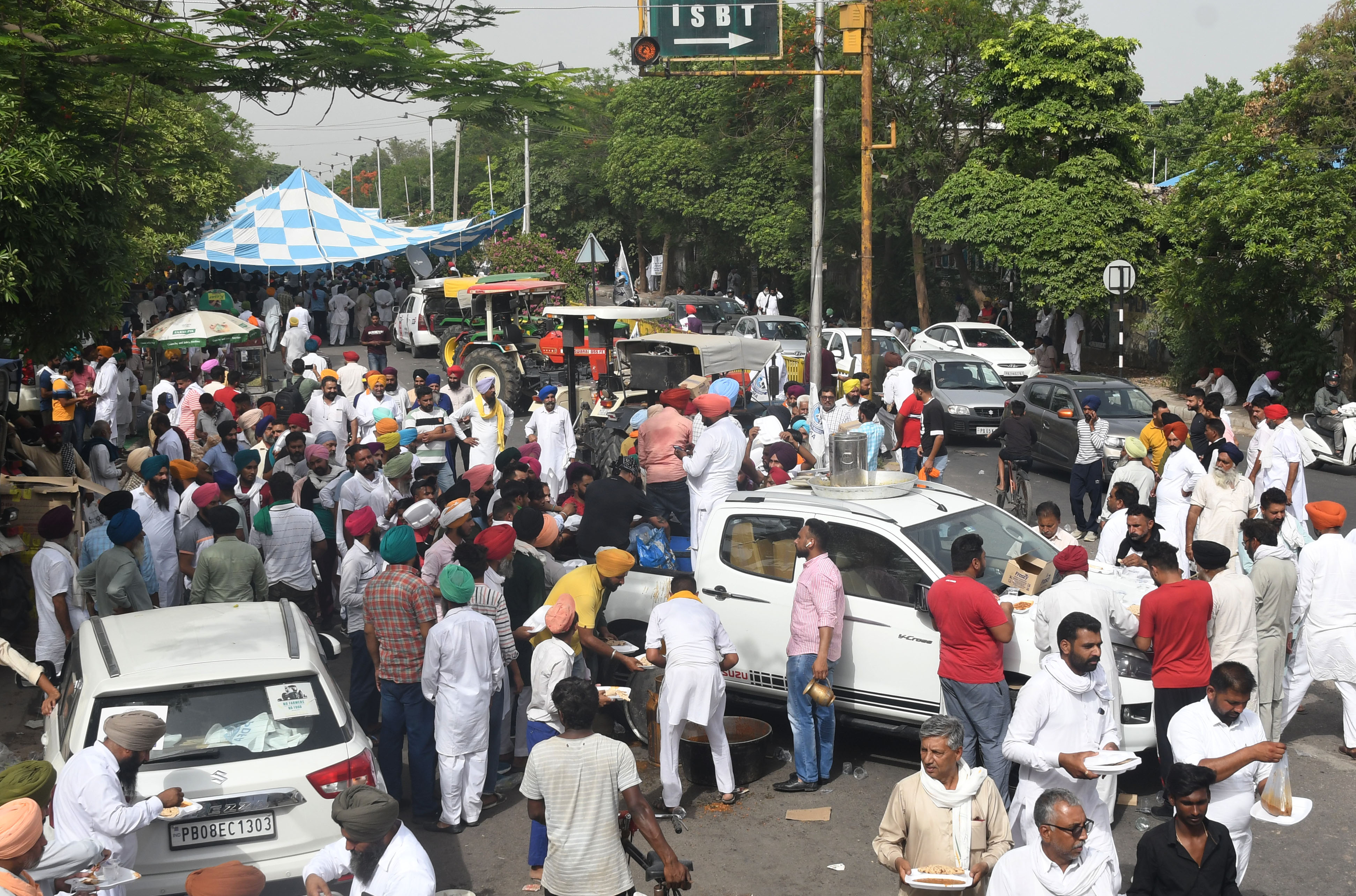 Protesting dairy farmers from Punjab block the one side of a road near Verka Milk Plant at Phase 6 in Mohali on Saturday. Tribune photos: Vicky

Dairy farmers from all districts of Punjab today staged a sit-in to press for their demands at the Verka Milk Plant in Phase 6 here today.

The protesting farmers raised slogans against the Punjab Government and blocked the one side of the road from Kharar to Mohali near Phase 6 till late at night. The protesters said they would continue their protest till their demands were met. Later, they rescheduled their protest after being assured of a meeting with Punjab Chief Minister Bhagwant Mann on Monday.