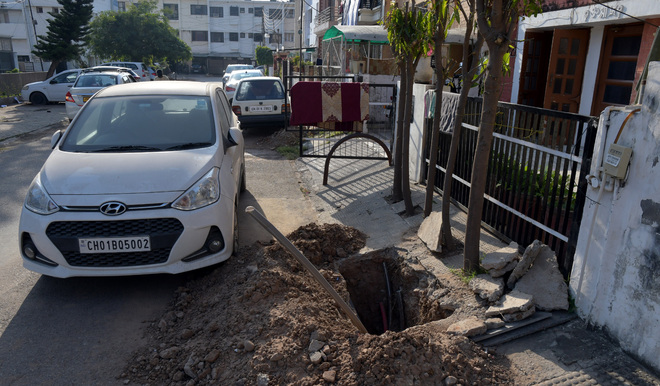 A road dug up to lay a telephone line in Sector 27. RAVI KUMAR

Though some new projects came up in ward number 18, the promise of renovating the dilapidated community centre in Sector 30 is yet to be fulfilled.

The work on the Sector 30 community centre got delayed due to Covid and is on the verge of completion now. Devinder Singh Babla, Congress councillor

Leader of Opposition Devinder Singh Babla is the Congress councillor from this ward.

BJP’s Saurabh Joshi, an advocate, who had unsuccessfully contested from this ward, said, “The councillor had promised to get the community centre in Sector 30 renovated, but it did not happen. Besides, government quarters in Sector 27 and 28 are awaiting repairs, but to no avail.”

Babla said, “The work on the Sector 30 community centre got delayed due to Covid and is on the verge of completion now. I got renovation and maintenance work done in government quarters, but the problem is the UT Administration uses substandard material which don’t last even six months. Their work should be handed over to the MC so that we can keep a check.”

Besides, ward residents lamented that dug up roads were not restored and garbage points not cleared.

Residents said private telecommunications laying cables dug up roads at several areas. The MC does not fill these pits for a long time, causing inconvenience to residents.

“Unskilled labourers dig roads without any drawing or in the presence of technical supervisor of the cable company or an MC official. Pits are not filled with sand which is mandatory. Pits remain uncovered for 15 to 20 days,” rued RK Garg, a Sector 27 resident and president of a senior citizens’ body.

Sector 27 residents also said horticulture waste was not lifted for many days.

Dhian Singh, general secretary, Residents’ Welfare Association, Sector 28, said, “Roads have been dug up in different parts of our sector. There should be a specified time for laying cables after digging and restoration work. It should be displayed at the work site.”

Namrata Sharma, a Sector 30-B resident, lamented, “In our area, sanitation is the biggest issue. Waste and leftover material are not lifted after some function is organised at the park in front of our house. Also, garbage collectors do a shoddy work, littering roads.”

On his part, the Congress leader said, “I have got the road restoration work hastened.” On stray dogs and monkey menace, he said, “Whenever we took action, the PFA started troubling us and does not let us help people.” 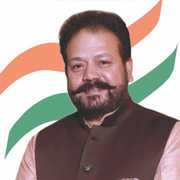 Promises: Overall improvement of the ward