Sitharaman to rename airport after Shaheed Bhagat Singh on Wednesday : The Tribune India 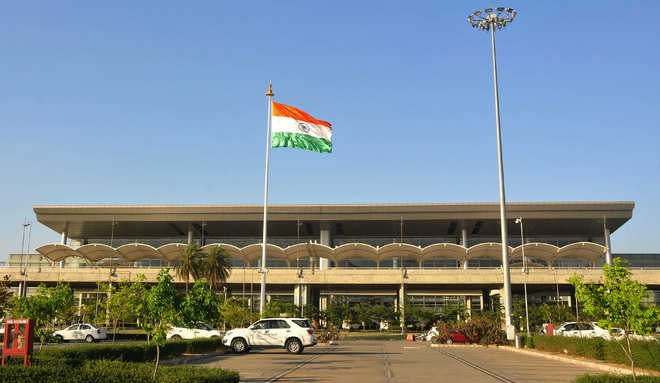 ‘Shaheed Bhagat Singh International Airport, Chandigarh’, it will be from Wednesday onwards.

Finance and Corporate Affairs Minister Nirmala Sitharaman will rename the airport at Mohali in a ceremony the 115th birth anniversary of the national icon.

With this, the controversy to add Mohali, Chandigarh and Panchkula in the nomenclature has been laid to rest.

Two days ago, in his Mann Ki Baat radio broadcast, PM Modi said the Chandigarh airport will now be named after Shaheed Bhagat Singh as a tribute to the great freedom fighter.

The naming of the Chandigarh international airport was a contentious issue hanging for years.

The Punjab government in 2017 had demanded that the airport should be named as Shaheed-e-Azam Sardar Shaheed Bhagat Singh International Airport, Mohali. But the Haryana government said it had no objection over the use of Bhagat Singh’s name but it had raised its concerns about the use of ‘Mohali’ in the airport’s name with Panchkula missing.

The airport lies in defence airfield that is being used by civilian operators as well. The Air Traffic Control and runway operations are with the IAF.

September 11, 2015: PM Modi had inaugurated the new terminal at the airport for domestic and international flights.

Chandigarh International Airport Limited (CHIAL) is a joint venture company incorporated under the Companies Act, 2013 by Airports Authority of India (AAI) in association with governments of Punjab and Haryana.

The airport runway is in Chandigarh while the international terminal is located on the south side of the runway in the village of Jhiurheri, Mohali.

939 crore project, operated by CHIAL, with AAI having 51% share Punjab and Haryana having 24.5% each.