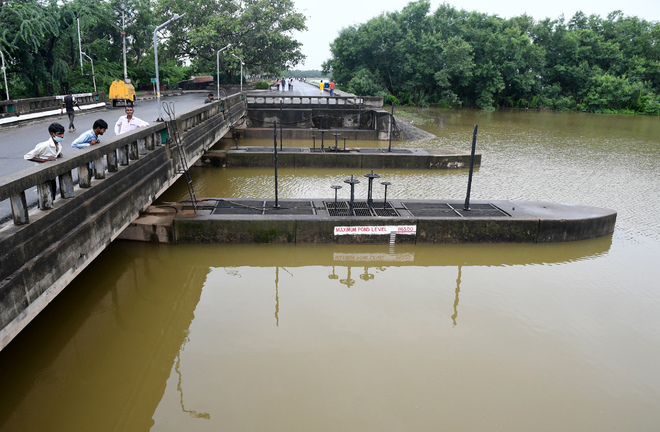 The water level of Sukhna Lake today reached near the danger mark. After rain in the region, the level of lake waters increased to 1,162.65 ft, just 3.5 inches below the danger mark of 1,163 ft.

CB Ojha, Chief Engineer, UT, said CCTV cameras had been installed at the lake to monitor the situation 24x7. He said they would wait for some time before taking any decision on opening the floodgates of the lake.

Earlier, the gates were opened as a precautionary measure and water was released in small volume to avoid flooding downstream, Ojha said. Two of the three floodgates had to be opened in August last year after the water level had crossed the danger mark. The gush of the water led to flooding in the Baltana area of Mohali. — TNS