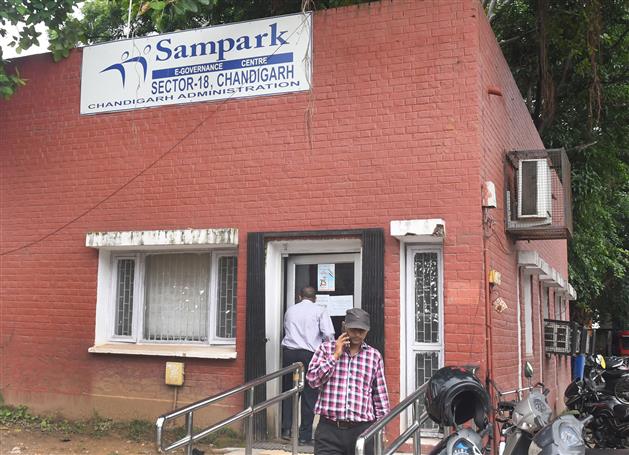 The project will help reduce the rush at PGI registration counters considerably.

In view of a huge rush for OPD registration, the Post Graduate Institute of Medical Education and Research (PGI) is exploring the possibility of making the registration process available at all Sampark centres in the city on the payment of a nominal charge. The move is aimed at reducing waiting time for the patients queuing up at the OPD registration counters.

PGI Director Dr Vivek Lal said, “We are exploring the option of making registration for OPDs at the PGI available at all Sampark centres in the city. This will certainly reduce our patients’ waiting time period at the OPD registration counters.”

On any given day, over 10,000 OPD registrations are being made at the PGI. Currently, the registration timings are limited to two hours (8 am to 10 am) against three hours in 2019 (8 am to 11 am) due to which some patients are also being turned away as their turn does not come in the two-hour window. Many patients have to queue up since early morning even before the registration counters open so that they can get a registration card made in time.

The PGI authorities are working on the plan and will submit it to the Chandigarh Administration.

On September 10, the facility of registration for OPDs at Government Multi-Speciality Hospital in Sector 16 (GMSH-16) was started at the Sampark Centre in Sector 15 on a pilot basis. Later, the facility was made available at 10 Sampark centres across the city from 8 am to 11 am on payment of Rs 10, but it had received a lukewarm response. The facility to get registration done at e-Sampark was, hence, discontinued.

Yashpal Garg, Health Secretary, UT, said, "It will be a great step if the PGI starts OPD registration at Sampark centres. We had started the same facility for the GMSH-16, but the hospital had lesser footfall than the PGI. The pilot project did not work as many patients would directly go to the GMSH-16. If the PGI project is a success, we may think of starting the facility for other government hospitals in the city."

Besides, the PGI is also working on a queue management software which will alert patients about their turn to see a doctor on the basis of their token number. The PGI has so far introduced online payment system at some counters.