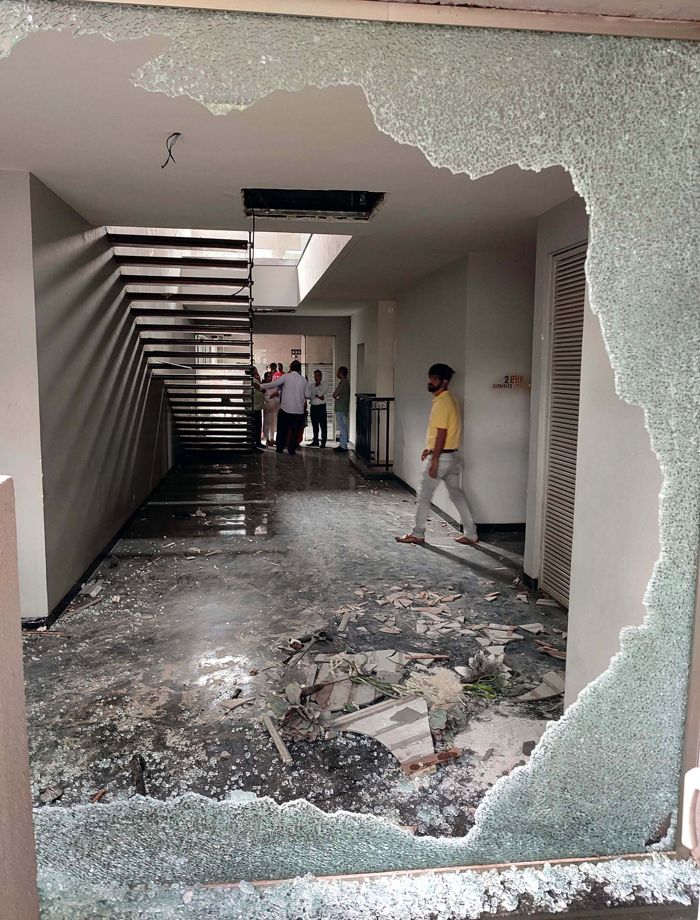 The damaged property of GBP Athens at Zirakpur. NITIN MITTAL

After reports of GBP Group directors fleeing the country, miscreants are making the most of it at the abandoned, under-construction properties of the real estate firm.

Assures buyers that his group will restart operations

Goods worth lakhs were stolen from the GBP offices last night. Miscreants broke into the Zirakpur office and stole valuables. Chairs, tables, cupboards, fans and generators worth lakhs were stolen from the builder’s office. A heavy generator, which could not be lifted without the help of a crane, was also reportedly stolen. Miscreants stole other valuables, including a bed, from a sample flat of ‘Athens’, a housing project in Zirakpur. Scavengers and ragpickers reportedly stole irons bars and other construction material from the project site in the daytime and had to be evicted from the site by cops.

The police said the GBP builders were missing for the past several days. The police have booked its three directors, all brothers, for fraud.

Today, a large number of investors and home buyers, who had invested their money in the firm’s housing projects in the tricity, gathered at the GBP project site in Zirakpur. To bring the builder to book and get justice for the buyers, a 10-member joint struggle committee was formed. Investors also raised questions about the theft at the GBP office, claiming that the money belonged to those who had invested in the project.

Zirakpur SHO Onkar Singh Brar said, “After receiving a complaint, a police team reached the spot and nabbed some scavengers who were being questioned. We have provided security to the GBP projects and offices so that no theft takes place there.”