In India, the archaic Epidemic Diseases Act of 1897 is the only specific legislation on the subject. Also, it is one of the shortest, comprising only four sections in two pages. This Act was enacted after the bubonic plague that hit Bombay in 1896. It has undergone only a few minor amendments since Independence. It does not provide any specifics for managing the threat or spread of epidemics. 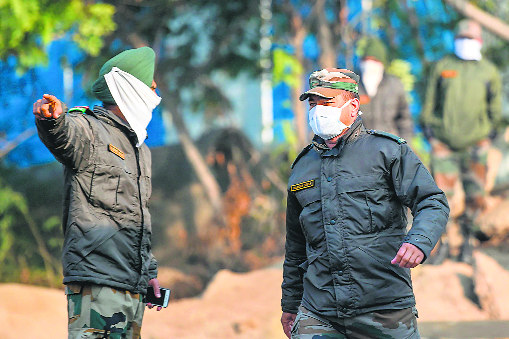 Imperative: The Central government must frame a new model Bill for the prevention and management of epidemics which can be adopted by the states.

Despite significant developments in new methods of detection and treatment of diseases, the world remains vulnerable to the emergence and rapid proliferation of deadly epidemics. The 21st century has seen several devastating worldwide epidemics: SARS in 2002, swine flu in 2009, Middle-East Respiratory Syndrome in 2012, Ebola in 2013, Zika in 2015 and coronavirus-19 in December 2019. Fortunately, at least as per official records, India has not been impacted severely by any of these outbreaks so far.

But if a large-scale outbreak, like Covid-19 in China, were to occur in India, it will be very difficult for the already overburdened health infrastructure to handle it effectively, especially when there is no comprehensive legal framework providing for a structured public health crisis management system.

It is appalling to note that though the nature of the problem of epidemics and the methods to deal with it have changed significantly in the modern world, we continue to persist with a sketchy piece of legislation framed more than a century ago. In a democratic country with a huge mobile population and an overburdened health infrastructure, tackling epidemics is a complex task. It cannot be fully accomplished without a well thought-out system having a proper statutory backing.

Several countries, such as England, Australia, South Korea, Israel and China, have updated their laws to deal with the scourge of epidemics in a comprehensive manner.

But, in India, the archaic Epidemic Diseases Act of 1897 is the only specific legislation on the subject — also, it is one of the shortest, comprising only four sections in two pages. This Act was enacted consequent to the bubonic plague that hit Bombay in 1896. It has undergone only a few minor amendments since Independence.

The century-old Act does not provide any specifics for managing the threat or spread of epidemics. Rather, it simply empowers the state governments threatened by any dangerous epidemic disease to take such measures and prescribe such temporary regulations as may be deemed necessary to prevent the outbreak or spread of the disease. The only measure specifically mentioned is segregation of persons suspected of being infected by the disease.

Traditionally, the deputy commissioners or district collectors are made responsible for dealing with such emergencies, and, generally, they tackle such situations by resorting to provisions in the Criminal Procedure Code, municipal Acts or executive orders in an ad hoc manner.

The Act provides no guidelines on any specific steps to be taken and leaves everything to be decided by the state government or authorised local officials on the spot. However, it is clear that an effective response to such serious emergencies cannot be left to be taken through temporary regulations thought of by local officials on the spur of the moment. The measures to be taken, protocols to be followed and the medical resources to be mobilised need to be planned in advance by experts so that they can be implemented promptly as and when the need arises.

Strangely, the current Act confines the role of the Union Government to taking measures and prescribing regulations for inspection and detention of vessels leaving or arriving at any port. In this era of rapid mobility and growing interstate travel, no state can deal with swiftly proliferating epidemics in isolation.

Hence, the law needs to give the Union Government a greater role in epidemic control coordination and the framing of policies, irrespective of the fact that public health is a state subject under the Constitution.

No doubt, the Ministry of Health and the Centre for Disease Control under it have been proactively issuing guidelines and advisories in collaboration with the World Health Organisation during various epidemics. But these can surely be implemented better if they are supported by specific laws, buttressed by effective communication and disease-mapping systems.

There is an urgent need for the Central government to take up the matter with alacrity and frame a new model Bill for the prevention and management of epidemics which can be adopted by the states. There is a need for a law that is comprehensive, strong and humane as well. It should, inter alia, lay down the administrative structure for crisis management with a clear chain of command.

The powers and responsibilities of the government and its officials at different levels also need to be unambiguously delineated. This is necessary so that the soft state machinery does not dither or keeps passing the buck to avoid taking tough and unpopular decisions, such as closing the international borders or shutting down a particular city, if the situation so requires.

The local level officers responsible for implementing quarantine, segregation and other measures to manage the contagion must be vested with full powers for ensuring effective implementation of all rational measures, including the prioritisation of medical care without regard to the status or economic position of patients.

However, such powers must be circumscribed with adequate safeguards for the liberty, privacy and dignity of the patients.

With the deadly Covid-19 having reached our doorstep, it is time for the government to gear up fully to fight this new threat from across the border with all resources at its command.