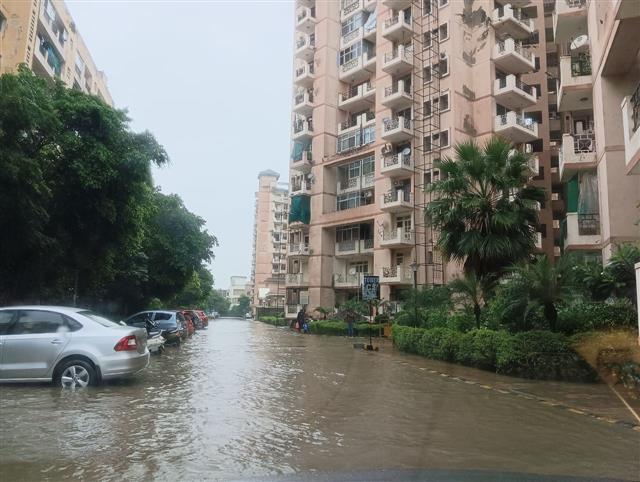 Waterlogged road around flats in Faridabad.

The national capital and its adjoining satellite cities -- Noida and Gurugram -- were lashed throughout the night with rain resulting in waterlogging and slow traffic movement on the key roads on Friday morning.

Taking note of the weather, the administrations in Gurugram and Noida issued specific advisories in their area. The Gurugram Administration issued an advisory to private institutions and corporate offices to guide their employees to work from home to avoid traffic congestion on roads. In Noida, all government and private schools up to Class 8 will remain closed as several roads in the city were waterlogged due to the incessant rains. 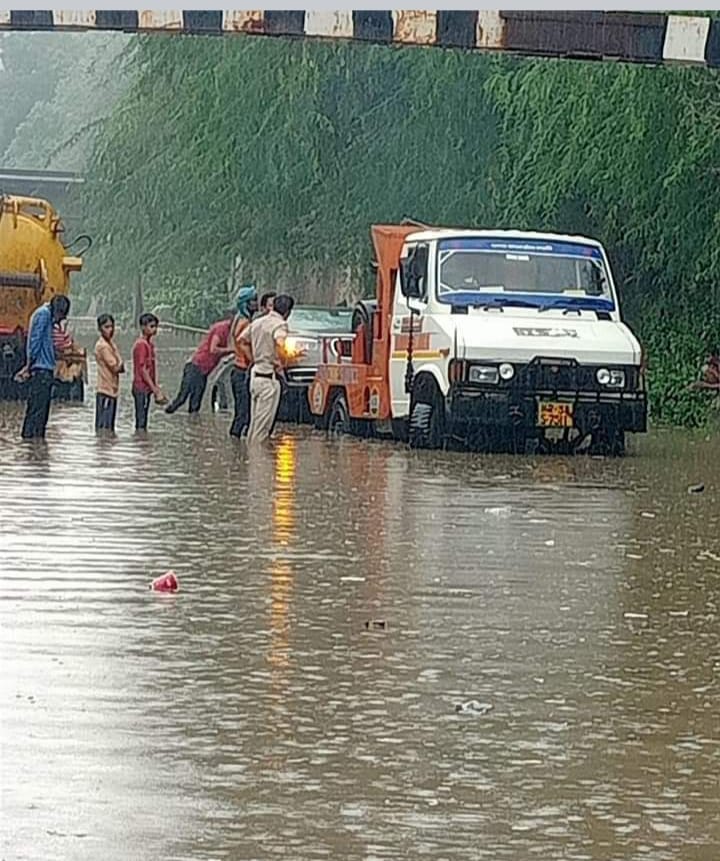 The India Meteorological Department (IMD) has predicted a generally cloudy sky with moderate rain and thundershowers at almost all the areas of Delhi.

As per IMD update at 8.30 am, the city was having a relative humidity of 100 per cent with the wind blowing in eastern direction at 7.5 km per hour. IANS