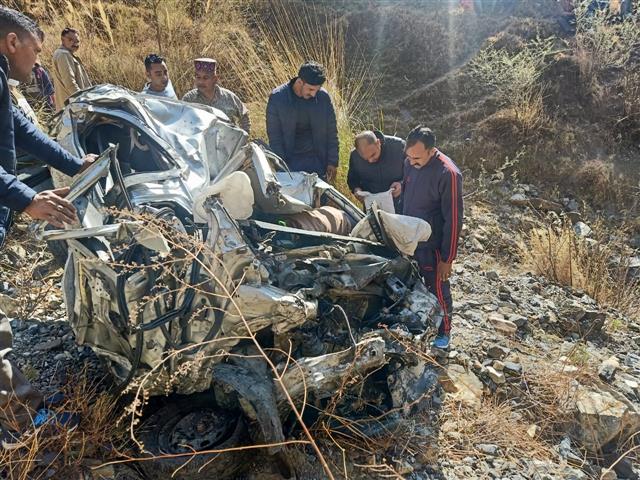 The mangled remains of the vehicle which fell into the gorge. Jai Kumar/The Tribune.

Three persons were killed after their car fell into a deep gorge in Himachal Pradesh's Mandi district on Sunday, said police.

The incident occurred near Marogi in Mandi.

The deceased have been identified as Harveen Sandu (34), Ramesh Chander (49) and Yogesh, all residents of Delhi.

The bodies were being shifted to ZH Mandi for post-mortem. A case was registered under the relevant sections of the IPC.