This week a first batch of 177 people returned to Chandigarh and reunited with their families. 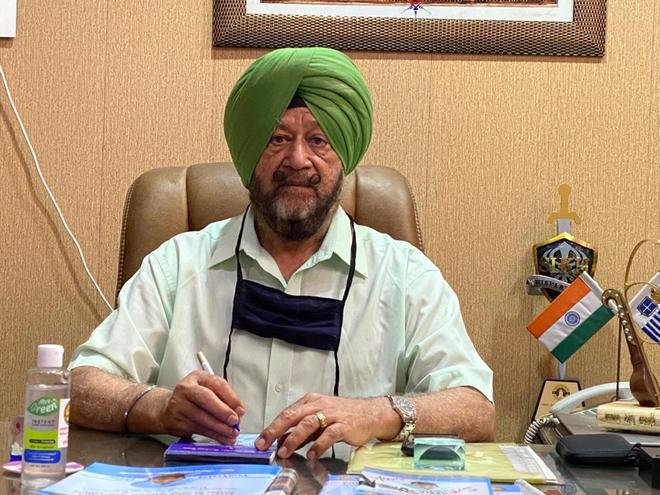 No flight of fancy this! A billionaire Punjabi in Dubai has taken charity to new heights by virtually launching chartered flights to bring distressed compatriots back.

Philanthropist Surinder Pal Singh Oberoi is now a messiah for workers and tourists who have been stuck in the UAE due to COVID-19 travel restrictions.

This week a first batch of 177 people returned to Chandigarh and reunited with their families. Three more flights have been lined up this month; four in August.

“We are arranging free charter flights mainly to repatriate low-income workers who have lost their jobs and they ran out of money,” Oberoi, 64, a Dubai-based industrialist from a small town in Punjab, told IANS here on Friday.

He said the stranded Indians include tourists who came out on a shoestring budget and the money is running out.

“We are giving priority to pregnant women, old, sick and families,” he said.

The next scheduled chartered flight of SpiceJet, each carrying 177 passengers, is on July 13, 19 and 25.

A flight costs Rs 40-42 lakh and is being paid by Oberoi-managed Sarbat Da Bhala Charitable Trust.

Oberoi, who came to Dubai in 1977 as a mechanic, is well known for charity work.

His trust saved more than 80 people convicted of various cases for crimes in the United Arab Emirates. It rescued a woman from Punjab who was sold as domestic help in Oman.

In 2013, the trust had paid millions of dirhams as “blood money” to secure the release of 17 Indians who were on death row for killing a Pakistani man in the UAE.

“With the grace of God my business is growing. I am giving back 98 per cent of my income to society by getting into social work and the rest two per cent is enough for me and my family to sustain a decent life,” an elated Oberoi, who owns seven companies in Dubai, told IANS.

Emotionally bonded with his roots, he said 75-80 per cent of the people who are coming in these specially arranged flights are those who are struggling to survive after being rendered homeless and penniless.

“For them, we have made arrangements to put stay in our shelter homes till they are repatriated,” he said.

“Five to seven per cent people who travelling in our flights are the stranded tourists who can’t afford to buy the ticket at full price. Then we have passengers who have capacity to bear 10-40 per cent of the ticket cost. Also the airfare of a few travellers is borne by their employers,” he said.

Oberoi, the Chairman of the Apex Group of Companies who came to Dubai at the age of 20 in 1977 on a job visa and launched his own business in Dubai in 1993, urged wealthy Indians in the UAE to help stranded people.

He said it is the spirit of the UAE that has encouraged him to be a philanthropist.

The Sarbat Da Bhala Trust, which does not raise any charity, is ensuring free food distribution to 60,000 families per month in Punjab and neighbouring states who have been affected amid the lockdown that came into effect on March 23.

The supply of ration kits to sustain at least five members in a family will continue till September, trust spokesperson Manpreet Sandhu said.

He said the trust provided funds to tune of Rs 20 crore to the local authorities, the Border Security Force (BSF) and various government departments to his home state to fight Covid-19.

He said the trust got permission to operate four more chartered flights in August.

“They will fly to the Chandigarh and Amritsar airports. We hope to fly back around 750 passengers this month and an equal number next month,” trust volunteer Sandhu told IANS.

“For the next month’s flights, we have sought a list of stranded people from Indian Missions in the UAE. All flights will take off from the Ras Al Khaimah Airport,” he said.

Oberoi, the privileged expatriates who have been granted the 10-year Gold Card by Dubai’s General Directorate of Residency and Foreigners’ Affairs, said this journey of social work would continue beyond the chartering flights.—IANS