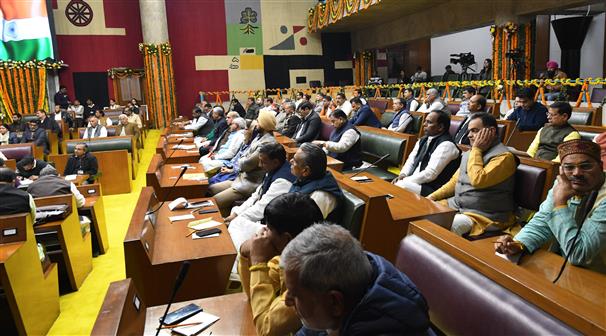 Reflecting institutional ennui and abject apathy towards constructive and quality legislation, the Haryana Vidhan Sabha sessions continue to be of very short durations over the past few decades. With its latest outing lasting just a day, it is a matter of concern that the state has failed to take effective steps towards lifting itself up from the bottom of the pile. Haryana holds the dismal record of having the lowest number of sitting days among all state Assemblies. A report by PRS Legislative Research on the functioning of the state legislatures from 2011 to 2015 reveals that against Kerala’s highest average of 48 sitting days in a year, Haryana had a mere 12 sitting days.

This institution of enormous democratic import suffers a further blow as important Bills requiring extensive debate are generally rushed through and passed as Acts within minutes of introduction. The absence of any discussion or contestation leaves the issue under consideration devoid of due diligence that only a meaningful debate can ensure, as was the case in the last monsoon session of the Khattar government’s first tenure in August 2019 when the Haryana Assembly merrily passed as many as 10 Bills on its concluding day. In this short duration, debates, if any, lack study and finesse. Or they are muted under the high-decibel arguments of the august members. The hours lost due to the frequent disruptions — at times, unwarranted — by the rival parties only deepen the crisis afflicting the ‘temple’ of democracy.

This grim picture calls for urgent reforms. The Odisha and Karnataka legislatures mandatorily meet for 60 days a year. Kerala and Himachal Pradesh have a robust committee system to scrutinise Bills. The law-making process of Haryana Vidhan Sabha can also be invigorated. The Khattar government needs to ponder and take a leaf out of the functioning of its peers. Only then can the Haryana MLAs be expected to better perform their onerous duties — of representing their constituents, holding the government to account and exercising their right to legislative scrutiny.