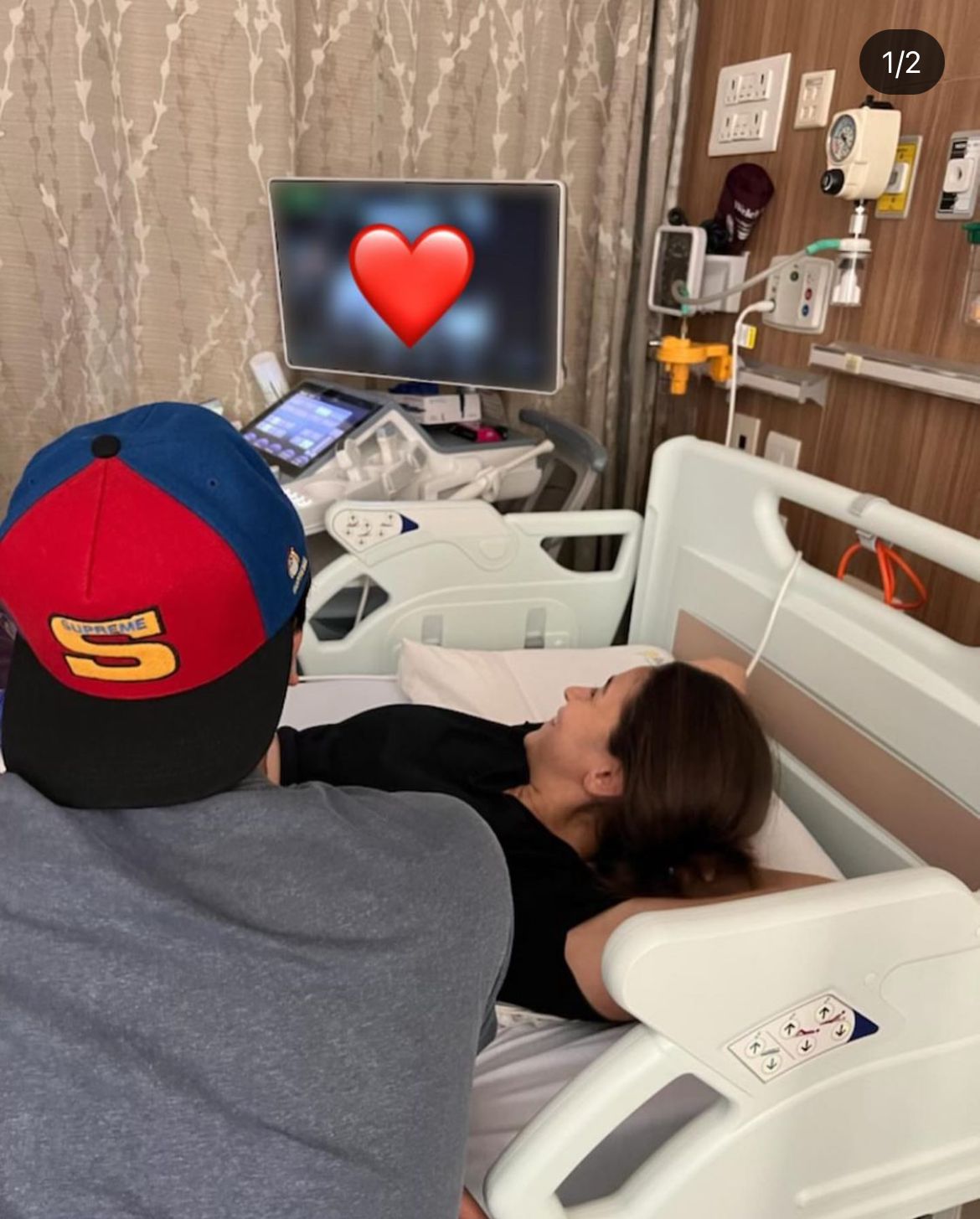 Alia Bhatt in a hospital along with husband Ranbir Kapoor. Photo: aliaabhatt/Instagram

Actor Alia Bhatt on Monday announced that she and actor-husband Ranbir Kapoor are expecting their first child together.

The news comes months after Bhatt, 29, and Kapoor, 39, tied the knot in an intimate wedding ceremony here in April.

Bhatt took to Instagram to share the news as she posted a picture with Kapoor from an ultrasound session at a hospital.

"Our baby...coming soon," the 'Gangubai Kathiawadi' star captioned the photo.

The couple, who got married in an intimate ceremony in April this year, is also set to share screen space for the first time in 'Brahmastra: Part One Shiva', scheduled to be released on September 9.

At a press conference for his upcoming film 'Shamshera' last week, Ranbir said he couldn't have asked for a better life partner than Alia.

"It is a very big year for me. It is a great year for me, I got married, it is a beautiful thing that has happened in my life... My life with Alia is the best," he said.

The couple's family, including veteran actors Neetu Kapoor and Soni Razdan as well as Riddhima Kapoor Sahni, showered them with love and blessings post the announcement.

Neetu Kapoor, who was filming for a reality show here on Monday, was congratulated by the paparazzi present on the set, to which she replied with a big smile and "Thank you".

"My babies are having a baby. I love you both so much," Ranbir's sister Riddhima Kapoor Sahni wrote on Instagram Stories alongside the couple's photograph.

Alia's mother Soni Razdan shared her daughter's post on her Instagram Stories, calling it the "best news ever".

"Our cup runneth over," she wrote.

Father Mahesh Bhatt told ETimes, "My baby is going to have a baby! I am so happy for Ranbir and Alia. May our ‘tribe' increase. And now I have to prepare for the most important role of my life: The role of a grandfather. This is going to be a grand debut."

On the work front, Alia will be next seen in Karan Johar's directorial venture 'Rocky Aur Rani Ki Prem Kahani' and 'Darlings', which marks her debut as a producer. She also shot for her Hollywood debut 'Heart Of Stone' in London recently.

Ranbir is gearing up for the release of Yash Raj Films' 'Shamshera'. The actor will also be seen in Luv Ranjan's untitled movie and Sandeep Reddy Vanga's 'Animal'.