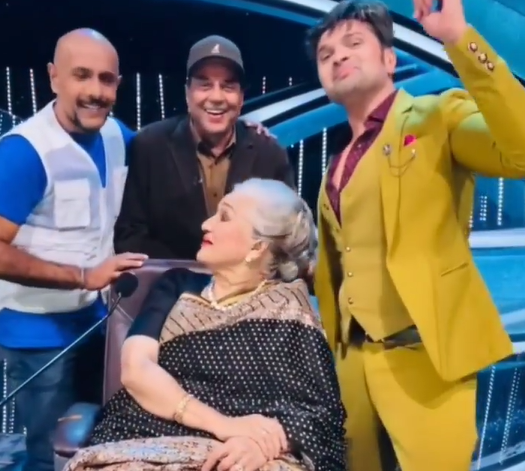 Veteran actors Dharmendra and Asha Parekh will appear on the latest episode of Indian Idol 12. The actors will be seen motivating the contestants. The episode will air on Saturday (February 14).

During a candid conversation with host Aditya Narayan, Dharmendra talked about his first shot of his life, and what he bought with his first pay cheque.

Dharmendra replied: “I feel blessed to be a part of this industry which had given me immense respect for my efforts. During my first shot, I was very nervous about the reaction of my director, but he didn’t give any feedback to me. But, he got me a tiffin box with yummy food. Actually, I got so uncomfortable that the director didn’t give me feedback but in the end, I was happy that I got some good time to spend with him."

He further added: "When I got my first cheque, the first thing which I did was went into the shop and purchased a bottle to drink.

Later, on the request of Aditya Narayan, Dharmendra and Asha Parekh recreated and performed on their popular song “Suno Sajna Papihe Ne”.