In the now-deleted tweet, Kangana claimed that the elderly woman was available for hire to make an appearance in protests for Rs 100 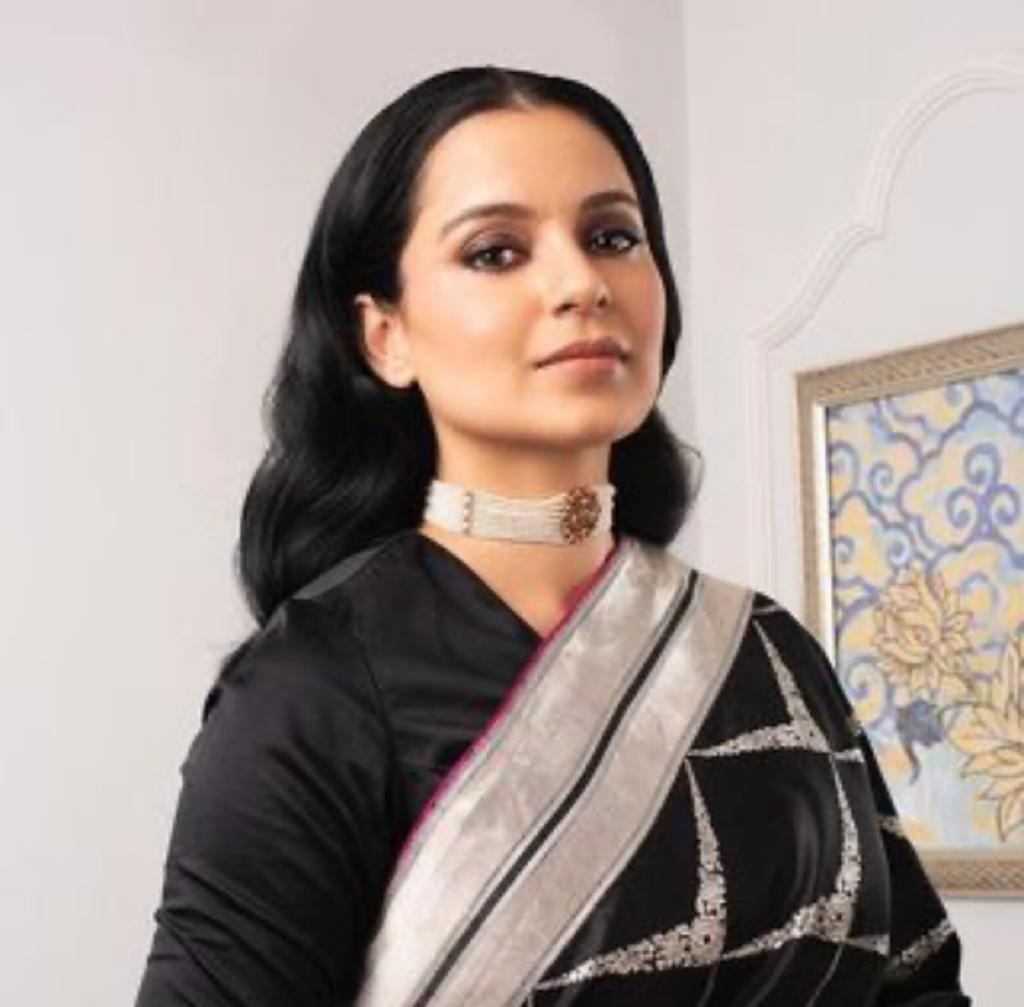 Kangana Ranaut has landed in legal trouble over her comment on Bilkis Bano, one of the Shaheen Bagh dadis.

In the now-deleted tweet, Kangana claimed that the elderly woman was available for hire to make an appearance in protests for Rs 100.

"Ha ha ha, she is the same dadi who featured in Time magazine for being the most powerful Indian... And she is available for 100 rupees. Pakistani journos have hijacked international PR for India in an embarrassing way. We need our own people to speak for us internationally," Ranaut had said in a tweet.

Now, a Zirakpur-based advocate has sent a legal notice to the actress for the deleted tweet.

Expressing displeasure for making a "mockery of an old female", he sought an apology from Kangana on social media within a week.

Hakam Singh, serving in the Punjab and Haryana High Court, clarified that the "said lady was not a fake lady" in the notice.

He shared that her name was Mahinder Kaur, someone who has "always remained connected with fields and field work and is the wife of a farmer."

It added, "That by tweeting in such a manner, the same also points towards the fact that the protests which are being conducted by farmers, is being conducted by bringing persons on rent. Such low thinking from you, who is herself is lady and celebrity, is not acceptable."

"That you have further made a mockery of the farmers who by putting their life at risk have been protesting for their rights. You have made a mockery of every protestor who takes part in any protest/procession and thus, have injured their feelings," it continued. 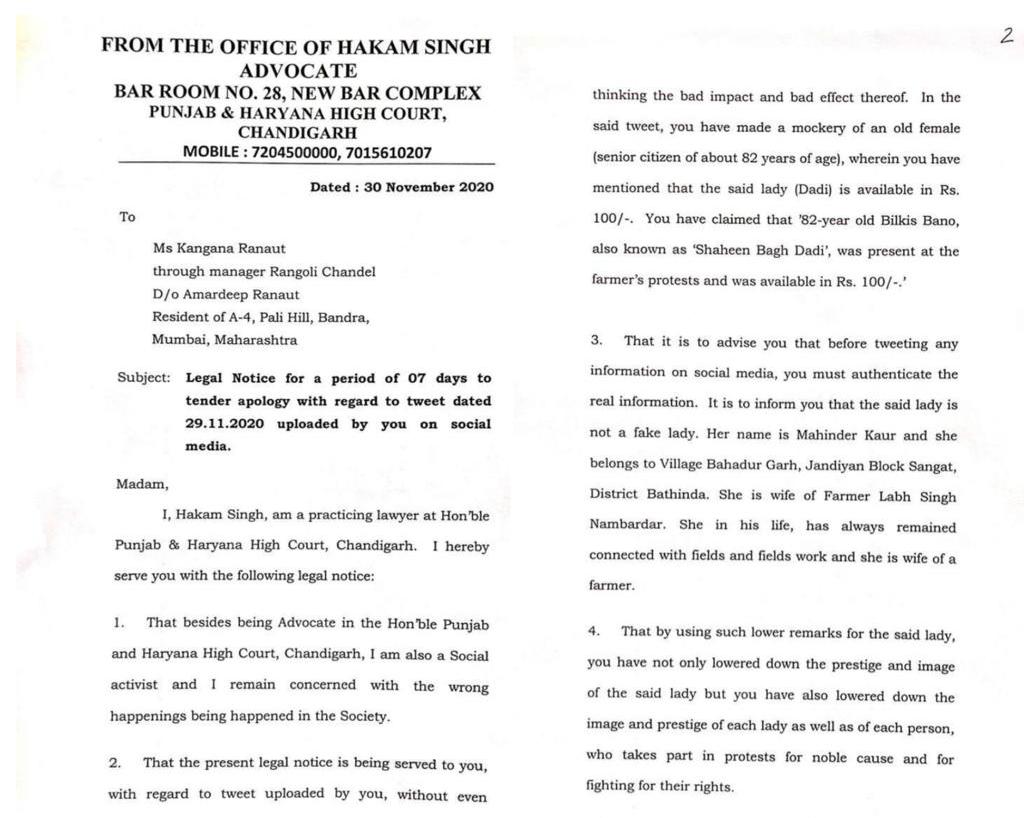 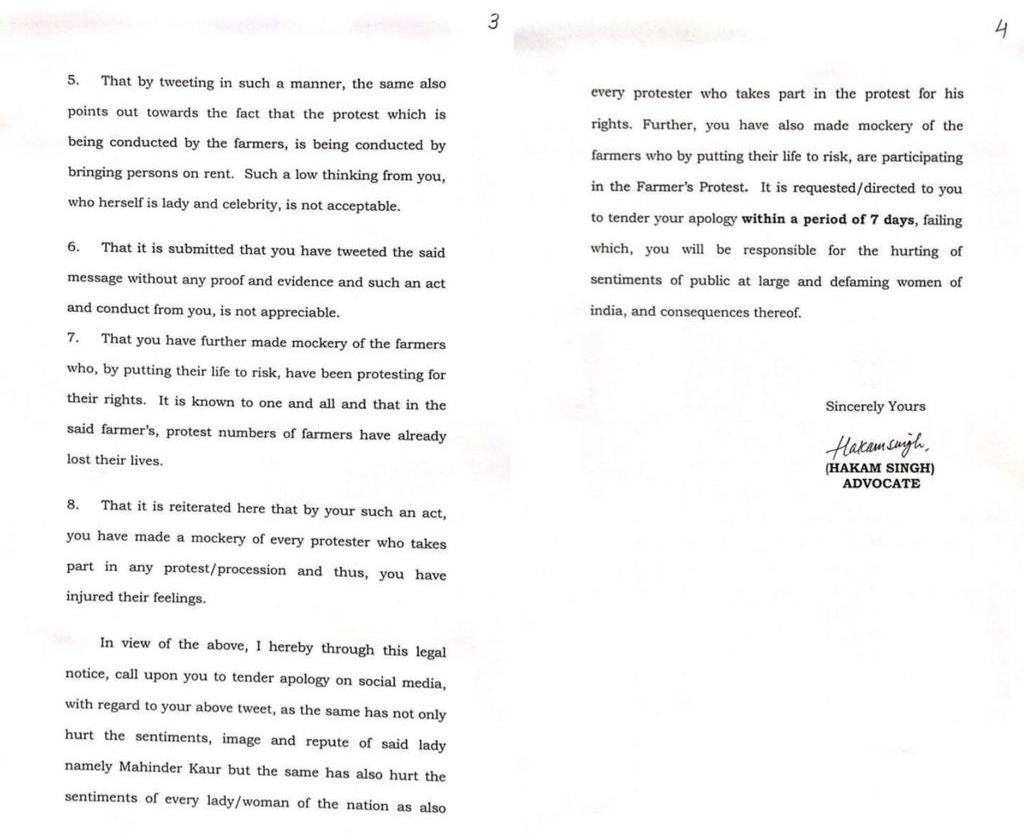