"I don't know how much the role of my wife is in '83," said the former Indian skipper 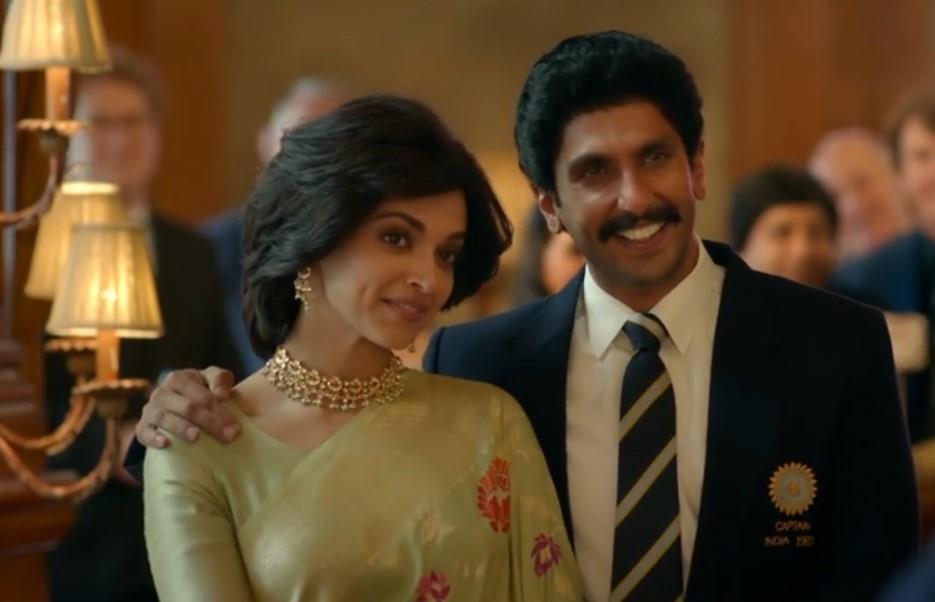 A clip from the film's trailer. YouTube/ Reliance Entertainment

World Cup-winning catches, the iconic Natraj shot with batting… say Kapil Dev and one gets transported to the days of that historic win and his brilliant cricketing. But that’s not all, he has a lot more about him that’s worth appreciating. Take for instance, keeping things simple and honest. Since Deepika Padukone’s role in the film, ’83, as Kapil Dev’s wife is more like a cameo, fans have been left wondering why so. In an interaction with The Quint, when Kapil Dev was asked about his reaction to Deepika’s casting, the former Indian skipper left everyone surprised as he said, “I think mixed because I don't know how much the role of my wife is in '83, so one does not realise that what they are trying to do there.”

Ranveer Singh and Deepika Padukone is a super hit couple both in real and reel life. Their on-screen chemistry has been lauded by one and all. So, clearly, pairing the superstar couple is for cinematic capital.

Watch the trailer of the film here:

Based on the events that led to India’s World Cup win in 1983, ’83 is a story everyone resonates with and would love to hear it over and over again. Apart from Ranveer Singh as Kapil Dev and Deepika Padukone as his wife Romi, the film has an ensemble cast that includes, Tahir Raj Bhasin as Sunil Gavaskar and Saqib Saleem as Mohinder Amarnath.

In '83 by Ranveer Singh’s transformation into Kapil Dev has been received with great enthusiasm. To this, the real-life cricketer's reaction was unqualified. "I think you feel happy that such a great, talented actor is trying to work on that. I was little worried also because it's a very athletic job to do that. But the way he worked and the way he was working through out in the last one year I couldn't believe that somebody can be so much keen in trying to do so much in that movie," he told The Quint.