Bridging the toxic divide with ‘The Reunited States’ 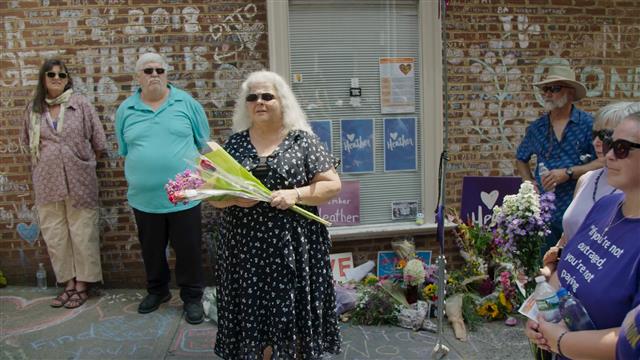 Susan Bro in ‘The Reunited States’

“Bridging divides is in my DNA.” That is US-based award-winning filmmaker Ben Rekhi for you, a product of two civilisations, Sikh father and a blonde, blue-eyed American mother. As his childhood was spent imbibing both cultures, one week visiting a Sikh gurdwara and the next a church, he learnt early enough to see the other’s viewpoint and to realise that there are many ways to transcend the chasm.

Primarily a filmmaker of fiction, when he decided to reflect upon reality, unsurprisingly, he thought of uniting the polarised forces. His documentary ‘The Reunited States’ has its genesis in a Mark Gerzon book that goes by the same name. Born out of the climate of political polarisation, it talks about everyday heroes like Susan Bro who even after losing her daughter during the 2017 Charlottesville protests works tirelessly for social justice. Steven Olikara, son of Indian immigrants from Kerala and founder of the Millennial Action Project, is one of Ben’s favourite storylines in the film. As Steven brings together a bipartisan force, Rekhi is delighted that Steven has tremendous impact on how the US government works today.

Some critics might have dubbed the film ‘middle of road’, but the truth is that Rekhi went out of the way to shed personal biases and opinions to ensure that his views don’t get in the way or push the narrative one way or the other. The major difference between making fiction and non-fiction, he avers, is, “In fiction, you write a script first and then go into production and can control all details. But the reverse is true for documentaries. You have to relinquish control over what you are shooting.”

Rekhi feels a greater sense of responsibility when encapsulating personal accounts. “The subjects trust you with their personal stories.” Of course, gaining their trust, that too for a man of mixed heritage, was no cakewalk. Rekhi admits how Susan did a background check on him and wanted to know what his intentions were.

His documentary was partly ignited by Donald Trump’s rise to power. However, with his defeat, the film has not lost any of its ground. He reasons, “Though there is a sense of stability with the new administration, there is massive unrest beneath the surface. Fifty million people in the country still think the election wasn’t legitimate. The divides won’t go away as easily. It’s one thing to blame the politicians, but the truth is that we are all a part of this division. We need to learn to disagree respectfully.”

On the flip side, however, Rekhi strikes a note of optimism, even if a cautious one. “A whole lot of Americans, nearly 67 per cent, don’t want to live amid this toxic divisiveness. It is just that they don’t know how to work around the challenge,” he says. As he wonders aloud how to move forward as one people, he can also see and sense similarities, not just between India and the US but between Hollywood and Indian actors too. Having worked with George Clooney in a behind-the-scenes documentary for ‘Confessions of a Dangerous Mind’, Shabana Azmi (‘Waterborne’) and Radhika Apte (‘The Ashram’), he says, “There is incredible talent on both sides of the world. George was very approachable and the same is true of the new guard of Indian actors, especially Radhika, who was so collaborative.”

With Hollywood becoming a more inclusive place and with greater emphasis being laid on women filmmakers and filmmakers of colour, Rekhi feels compelled to tell not just Punjabi but Indian stories at large. He who grew up on Punjabi music and food may not know how to converse in Punjabi, but takes pride in being a ‘Punjab da puttar’. His project on India soon brings him to our part of the world. If one of his earlier projects with Bobby Bedi included an installation work at India Heritage Centre, ‘Waterborne’ was as much about a biological attack on the city water supply in Los Angeles as the discrimination a Sikh family faces. Culture to him is “not an accident but a responsibility”. In his case, representing not one but two is an onus that he is eager to shoulder.

He rues that today partisanship sells, wins elections and fuels the algorithms of internet. “A lot of infrastructure is at work to keep us divided because it is profitable”, yet, his mission is to unite and reunite counter forces that look at the world as a binary.