Indian sportswomen and the fire in their belly

Indian sport is powered by the poor. They are not recreational sportspersons, what fires them up is the lure of a better life 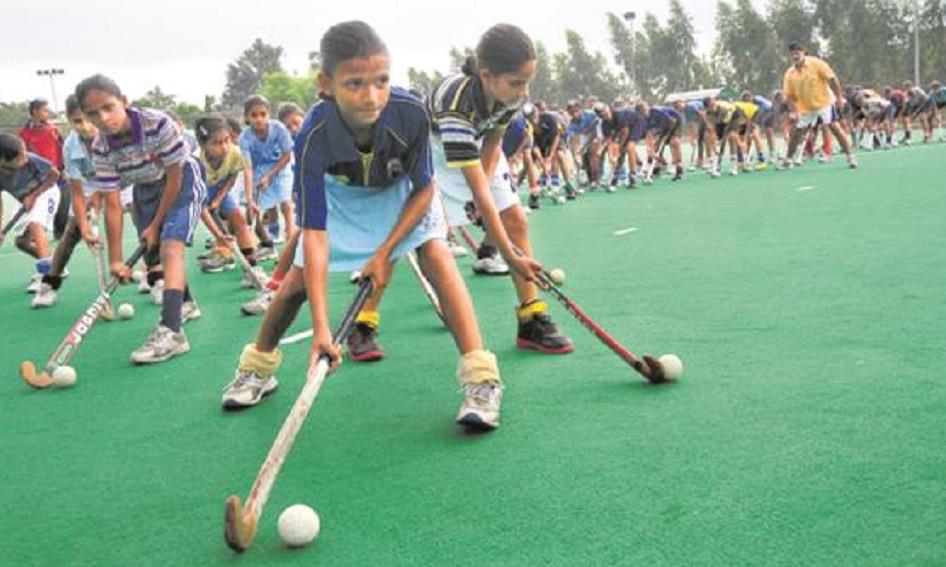 Dear reader, even as your beloved child fills the forms for admission in an American university or applies for PR in Canada, the child of a jobless labourer or a construction site worker or a poor farmer, after a diet of watery milk and dal and rotis, runs hard with a hockey stick and a ball at feet, or climbs a rope up a tree at a wrestling akhada, or lifts weights in a shack that serves as a gym for the poor. These are the kids who become Mary Kom and Mirabai Chanu, Rani Rampal and Salima Tete, Ramesh Jadhav and Sumit Kumar, Vijender Singh and Dingko Singh.

They write and speak in English that’s laughable. Their skins are dark, doubly tanned; the ears of the wrestlers are calloused and swollen, and they try to hide them with a moppy hairstyle. Undernourished as kids, they’re often scrawny — but wiry and swift. They don’t have anything that could be considered enviable. But they win gold. These are the kids who make your chest swell with pride when they win medals at the Asian Games and Commonwealth Games and, less often, at the Olympic Games.

A majority of our boxers come from rural India, from lower or middle-class background. Roti aur naukri is the first concern, and they are desperate to succeed and become secure through sport. — Gurbax Singh, former national boxing coach

Meet India’s sports champions. Indian sport is powered by the poor. They are not recreational sportspersons — wasting time lazing in a playground is not a luxury their families can afford when they could, instead, be shoring up the family’s finances by working in a farm, construction site or a dhaba. What makes them professional sportspersons is the lure of a better life — a government job, cash rewards with which the first thing they do is buy a house for their families.

When Mirabai posted a photograph of herself having a meal in her house in Nongpok Kakching village in Manipur, sitting on the floor, netizens were shocked — an Olympics silver medallist, a former world champion, living in such modest circumstances. No, the Queen doesn’t live in a palace. Our sports queens and kings are paupers in reality who have, shedding tears and blood, become champions. They have every reason to be proud of what they’ve achieved; and our elite and upper classes must hang their heads in shame because they have, using their privilege, closed out all other avenues of social improvement for the poor and the underprivileged.

India hockey captain Rani Rampal was born in poverty: Father Rampal pulled a hand-cart, hauling material at construction sites, and mother Rammurti worked as a domestic help. When she became famous and journalists visited her non-descript home in Shahbad Markanda in Haryana, she seemed ill at ease with the surroundings but absolutely confident about her game. At the first opportunity after getting financially secure, Rani bought a house for her parents and persuaded her father to retire from the back-breaking work he had done all his life.

Salima Tete, Rani’s trusted colleague in the team, is the daughter of a small farmer in a Jharkhand village, where the family still lives in a mud house. The 20-year-old Salima was the outstanding performer, especially with brave defending against bigger and older players, in tournaments around her village. Against Great Britain in the bronze medal playoff at Tokyo, Salima shone with her grit and pace and tirelessness. She owes it all to a tough childhood when she was pitted on the hockey field against tough players and she was the star player in teams that were awarded with chickens and goats as prizes.

Vandana Katariya, who scored a hat-trick against South Africa and a goal against Great Britain, was supported by her father, who had a modest job with a PSU. Money was tight.

Disappointments in sport pushed her to the edge of suicide. She persevered, however, and her luck turned — she got a job as a ticket checker in the Indian Railways. She got into the Indian team that played in the Rio Olympics in 2016. The proudest moment in Vandana’s life came when, after her performance in the junior team, her father was moved to tears when reporters came to his house to interview him. One of the most shameful moments for the nation came, however, when some men gathered outside her house and allegedly shouted casteist slurs — India lost to Argentina in the semifinals because there were too many Dalit players in the national team, they said. Those in privilege want to maintain the status quo — why should those who were always treated as inferiors in the society suddenly start behaving as equals, even superiors?

Ask yourself: do we deserve Vandana?

Why do young people from poor backgrounds join sports? Then again, why do young men join the Army as jawans? Are they more patriotic than you or me? We asked a sports shooter from Punjab who is serving in the Army. “There was no other option,” he said. “The school in my village was bad, teachers would not come for days. We had a small piece of land. My life became secure after I joined the Army — I know that even if I die in the line of duty, my family will be taken care of.”

It’s similar desperation that makes families of the poor farmers or farmhands or construction site workers send their kids to sport. India’s best sprinter, Dutee Chand, winner of two silver at the 2018 Asian Games, now owns luxury cars. But she came from a family of weavers who barely had enough to eat. Elder sister became a national-level runner and pushed Dutee to run: That was their only way out of a dull and nondescript life — early marriage, looking after kids, a life of labour at the loom or the farm. The life the village has known for generations. Dutee was desperate. That desperation, and iron will and hard work, made her India’s best. She did not shine in Tokyo, and many who can’t win a race in their apartment block, and who force their kids to study hard to become a doctor, would have said: “Who are these useless athletes we send to the Olympics?” But remember, Dutee is India’s best.

Kerala marathoner OP Jaisha, two-time medallist at the Asian Games, had a terrible childhood — father’s death, then loss of three cows which were the source of the family’s income; food was scarce, and Jaisha remembers eating mud so that her tummy would be full.

The mother of P Gopichand, badminton player and coach, would walk miles in the sun to save Rs2 so that her son could buy shuttles to practise. Rani’s mother would remain awake half the night so that the little girl could reach the hockey academy in time early mornings — they had no clock in the house. Rani’s coach wanted each kid to bring 500ml milk to the academy to consume after training — Rani would have to mix water with whatever was at home to make it 500ml. Neha Goyal, daughter of daily-wagers in a Sonepat factory, had barely enough to eat at home — the possibility of free food attracted her to former India captain Pritam Rani Siwach’s academy.

Dutee became India’s best because she had no other choice. There was fire in her belly — like weightlifter Mirabai Chanu or boxer Sarita Devi or rower Dattu Bhokanal or boxer Simranjit Kaur or race-walker Khushbir Kaur. They all fought poverty and all odds to become India’s champions and, in some cases, also Asia’s and the world’s.

It’s the fire in the belly — the need for survival, and not necessarily love for sport. “A majority of our boxers come from rural India, from lower or middle-class background,” says Gurbax Singh, who served long as India’s national boxing coach before retiring in 2016. “Roti aur naukri is the first concern, and they are desperate to succeed and become secure through sport.”

The Indian state provides a quota for sportspersons in government jobs; however, professional sportspersons don’t get jobs on the basis of participation in some tournament — they get jobs after winning medals at the international level. Haryana has the best system among Indian states, and that’s one reason nearly 24 per cent of India’s athletes in Tokyo were from Haryana, whose population is just around 2.1 per cent of India’s.

Young Haryana wrestler Deepak Punia, fighting the bronze medal bout in Tokyo, was just 10-odd seconds away from a massive payoff of Rs2.5 crore — that’s what the state offers bronze-medal winners. Punia conceded a late point and lost out. He also lost out on the chance of getting a government job. Ravi Dahiya, however, would get the money and the job — Rs4 crore and a post in the prestigious Haryana Civil Service or Police Service.

The nine women from Haryana team too lost Rs2.5 crore each when they lost in the bronze medal match against the United Kingdom. As per the state policy, they were, consequently, eligible for Rs15 lakh each — the state government, however, increased the sum to Rs50 lakh.

This seems to be good money, but remember, careers in sports are short and money can dry up very quickly when you are out of the national team. For some players, this could be the only real monetary reward they would get. Jobs are not a certainty — goalkeeper Savita Punia, hailed as a hero after her brilliant work in Tokyo, gets only a stipend and has been petitioning the state government for a job for years.

There will be more cash awards for our sportspersons — maybe a car or two, too, and residential plots. A lifetime of pain and injuries and ambition would find some recompense.

Essentially, this is what sportspersons get into sport for, and once on the field, fight tigerishly for — livelihood, to put food on the table, to get a job, to secure their own and their families’ lives.

They’re India’s pride — their achievements must make them proud. This must give us — the government, the society, the nation — something to ponder about people we remember once in four years.

(With Karam Prakash and Gaurav Kanthwal)