The young are driving the cryptocurrency growth, unmindful of the dangers : The Tribune India 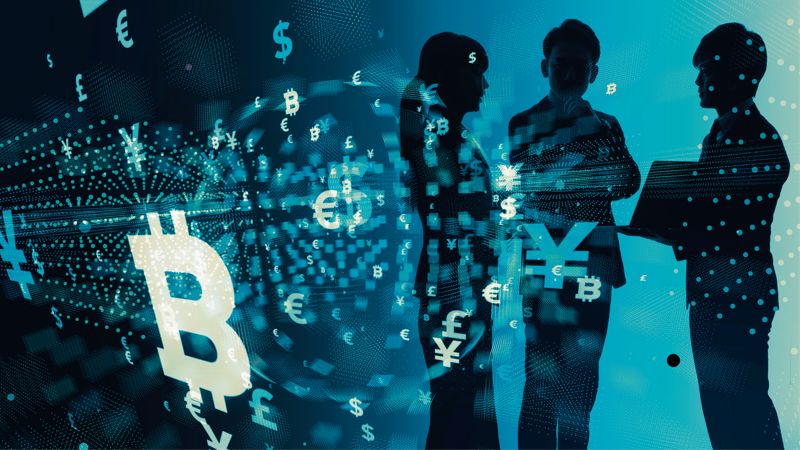 THE sheer scale of it is an eye-opener — India now has 15 homegrown cryptocurrency exchange platforms that enable trading and selling, with more than 1.5 crore users. Photo/ iStock

THE sheer scale of it is an eye-opener — India now has 15 homegrown cryptocurrency exchange platforms that enable trading and selling, with more than 1.5 crore users. At 10.07 crore, India also has the highest number of crypto owners in the world, according to broker discovery and comparison platform BrokerChooser. The United States and Russia rank a distant second and third, respectively. Going by the number of crypto owners in terms of population, India ranks fifth. 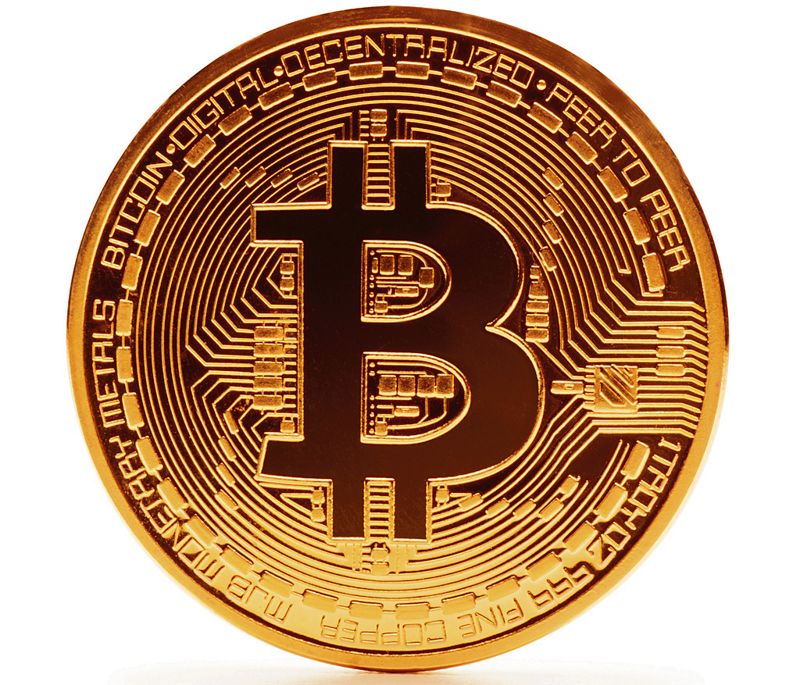 A rapid rise in investments and several new domestic launches followed the Reserve Bank of India’s clarification around cryptocurrency in May this year, asking regulated banks not to warn customers against cryptocurrency trading under its 2018 order, which banned such transactions. The three-year-old RBI circular was set aside in 2020 following the Supreme Court’s intervention on a petition filed by the Internet and Mobile Association of India (IAMAI) and crypto exchanges. 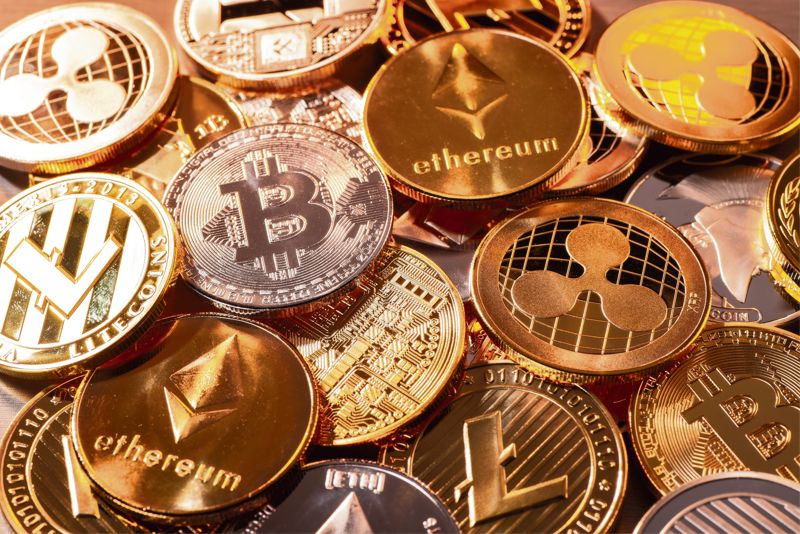 If substantial profits fall within the realm of possibility, so are the chances of huge losses and fraud in cryptocurrency trading — and there is no regulatory authority the investor can turn to, for now. The risk is entirely his or hers. A capital gains tax of 30 per cent, however, will be levied on the profits made.

Driving the robust growth are young Indians; those aged below 35, in fact, form the core of the investors in popular cryptocurrency exchanges like CoinSwitch Kuber, Zebpay, WazirX, UnoCoin, CoinDCX, and many more. 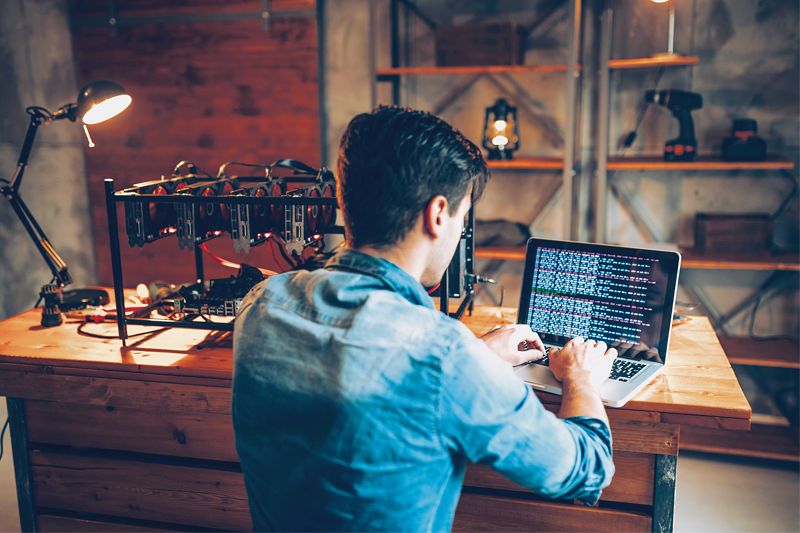 Like the Class XII commerce student from Ludhiana who is already a veteran of crypto trading at 16. A keen investor in Dogecoin, he’s made a neat profit out of his pocket money, but is wary of his name coming out. “I’ve kept it a secret even from my family; they will not approve, it’s too risky for them,” he says. The teenager has been selling the coins, ordering goods from China and then making money out of selling these to friends back home. “I don’t want to wait for 8-10 years before I start earning. I have put in a very little amount in the market and my profits have been higher than what I invested. I also try to diversify into different ventures,” he adds, sounding every bit a seasoned investor.

It was the lure of fast money that attracted 19-year-old Ishaan Jindal, a second-year student at Christ University, Bengaluru, too. “I had been tracking news on crypto when there was a major spurt in the market. Dogecoin, which started with barely a few cents, rose 300 to 400 per cent. Bitcoin, too, reached levels hitherto unheard of. Many of my friends had started investing and I took the plunge when I felt I could no longer sit on the fence. There was a time when I even indulged in day trading. Since in this open market trading takes place 24x7, there have been times when I would get up in the middle of the night to check out the developments,” says Ishaan, who has created multiple wallet accounts on various platforms. 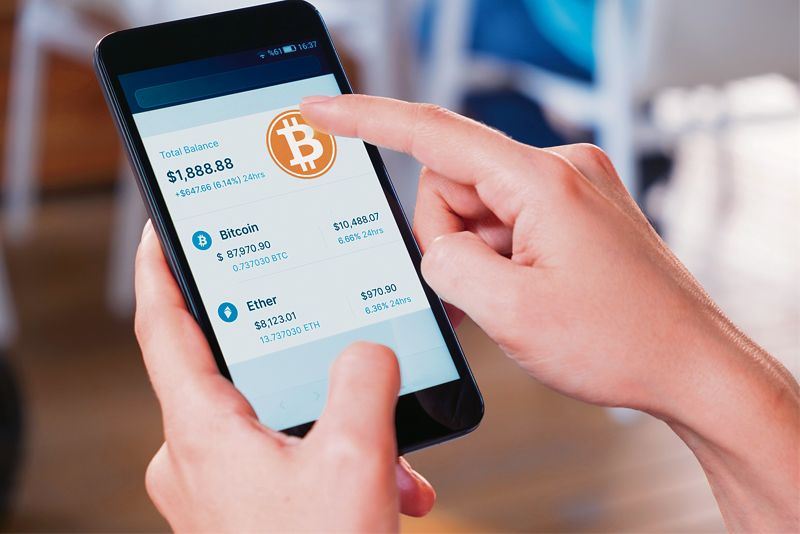 For another 19-year-old, Shrenik Bhalla, it was Robert Kiyosaki’s “Rich Dad Poor Dad” that inspired him to invest. He had saved money given by family over the years, and instead of bank FDs, mutual funds or the stock market, this new market caught his fancy. Shrenik, who often mines for cryptocurrency by solving computational puzzles, says, “Since the stock market was still recovering from last year’s fall, I researched on cryptocurrency for four to five months before venturing into it. I started with $200. After I lost some money initially, I have put a cap on my investments.”

Domestic crypto exchange WazirX, which has more than 90 lakh users, says crypto is the popular new alternative investment option for young adults, and they are not shying away.

Chandigarh-based investment consultant and realtor Vinay Sachdeva agrees. He gets seven to eight queries daily, mostly from youngsters since there’s no age limit on entering the crypto market. Says Vinay, “The queries have increased manifold over the past year, especially since Bitcoin started scaling new highs. The latest guidelines from the RBI have fuelled interest. The seniors, however, are still wary of investing in this fluctuating market.”

It is a very volatile market which depends entirely on demand and supply, he points out. “At present, there is a bull run. This is likely to continue over the next few months, but correction will come,” he adds.

“Fascinated by huge profits and looking for ways to beat pandemic boredom, youngsters are buying cryptocurrency — and quickly getting acquainted with market ups and downs,” says Shantanu Kashyap, who has been investing in the stock market for more than two decades and entered the crypto bandwagon around four years back.

“We have around 45 lakh users. The average amount of investment people make is roughly $200-$300. The investment option caters to a very young demographic, with the average age of a crypto investor being mid-20s,”says Sumit Gupta, co-founder of CoinDCX, which claims to have become India’s first cryptocurrency unicorn.

“Cryptocurrency investments in India increased from $923 million in April 2020 to a whopping $6.6 billion by May 2021, a growth of 400 per cent in one year,” points out Ankit Agarwal, MD, Alankit Ltd.

Social media has also played a big role in creating a hype around blockchain technologies and cryptocurrencies.

According to 22-year-old Rishabh Sharma from Panchkula, who graduated from PEC recently, “Since concepts like blockchain technology and cryptocurrency are not easy to understand, there are YouTube videos, blogging sites, webinars, chatrooms and slack channels educating potential customers. Then there are social community groups on WhatsApp, Facebook, Twitter and Telegram, offering tips on research and investment.”

Serial tech entrepreneur and angel investor Kunal Nandwani, who has been observing the market for the past five years, feels that getting celebrities to promote it gives credibility and legitimacy to this risky venture and youngsters feel it is cool to invest in it. “However, with no regulation in place yet, you are totally on your own,” warns Kunal, who has authored books on blockchain and Bitcoin.

“Today, even tweets by powerful people are changing the coin value. The made-for-fun token coin Shiba Inu increased by more than 55 per cent within 24 hours of a tweet by SpaceX CEO Elon Musk. As of now, the market is going in one direction, but we’ll know the actual figures only after the correction comes,” says Kunal, adding that “it’s only when the music stops that we get to see who’s left dancing”.

Since very little is yet known about this market, chances of people falling prey to illegal transactions and frauds is quite high, cautions Sarvjeet Singh Virk, co-founder, Finvasia. “It is important to secure your investments from hackers.” He suggests using offline wallets to secure investments. “There are offline wallets available on e-commerce platforms, which is one of the most popular ways to store cryptocurrencies. With pincodes and passwords, hardware wallets are believed to be the best way to protect your cryptocurrency.”

Says Sathvik Vishwanath, CEO, Unocoin, “Investors should be cautious of the blanket of risks that come clad in the speculative crypto market, which is less than a decade old. They should not invest what they cannot afford to lose.”

Gaming developer and content creator Krishan Kumar wants investors to have a long-term perspective and not just work towards getting quick returns. “In times to come,” he feels, “cryptocurrency has the potential to become future currency.”

Absence of government regulations: A Bill on cryptocurrency has already been submitted before the Union Cabinet, but a decision is yet to be taken in this regard.

Virtual theft: Despite a highly safe alphanumeric number that changes with each transaction, cryptocurrencies run the risk of virtual theft from hackers.

High volatility: Cryptocurrencies are highly rewarding investments, but there can be extreme price changes due to the fluctuating demand and supply.

The government is yet to bring in guidelines to regulate the industry. However, the industry has proposed some measures to stay protected:

Use hardware or offline wallets: These are offline physical devices that connect with the investor’s computer, laptop, or mobile when he or she wants to make a transaction.

Multiple-level authentication: Password-protected online wallets are susceptible to being easily hacked and prone to password theft. Going in for three or more step authentication takes extensive time to breach and thus lesser enticement for hacking.

Diversify your investment: ‘Do not place all your eggs in the same basket’ is an age-old saying. When investing, do look at the intersection of other options in the market.

Tracking transactions: Keep track of your wallet and crypto account. Make a timetable and stick to it, regardless of whether you don’t anticipate purchasing or selling anything.

Be cautious: Do not blindly trust any stranger and share your alphanumeric wallet number with anyone.