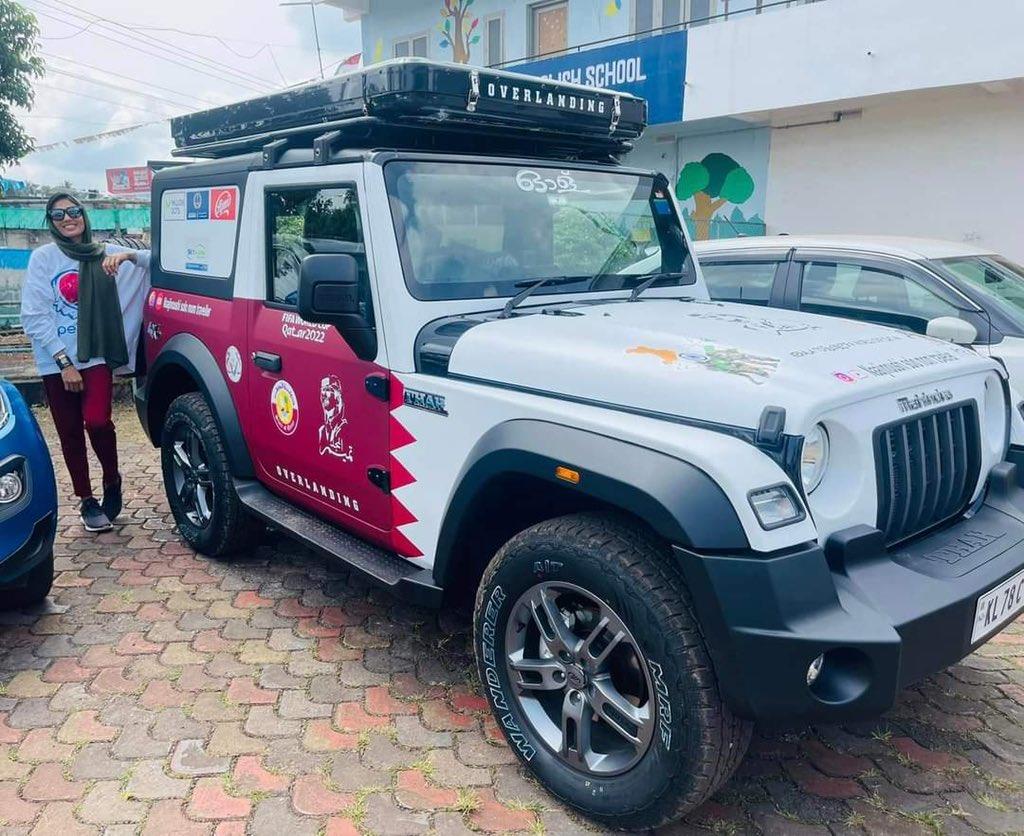 A woman from Kerala, who hails ‘Messi’ as her hero, has set out on a solo trip in her customised SUV to Qatar to watch her favourite team-- Argentina, play in the ongoing FIFA World Cup.

Naaji Noushi, mother-of-five started her trip to the Gulf countries on October 15 from Kerala, and arrived in the UAE, the Khaleej Times newspaper reported.

Although heartbroken at Argentina's loss against Saudi Arabia, the 33-year-old still showed high hopes for her favourite team in the next match.

Earlier this week, Argentina lost to Saudi Arabia and is now set to play against Mexico on Sunday.

“I just want to see my hero Lionel Messi play. The loss to Saudi Arabia was heartbreaking for me but I am sure it is only a small hiccup on their way to lifting the cup,” the newspaper quoted her as saying.

Noushi who is travelling through the Gulf countries in her SUV, got it shipped to Oman from Mumbai which is incidentally the first Indian-registered right-hand vehicle to be shipped into the country.

She began her journey from Muscat and travelled to the UAE in her SUV via the Hatta border and stopped by to see the world's tallest tower in Dubai, Burj Khalifa.

Sharing her experience of visiting the Burj Khalifa for the first time, she said, “It was one of the things on my bucket list when I set out on this journey – to take a photo in front of the Burj Khalifa." Her SUV which she has nicknamed 'oolu' has a built-in kitchen and a tent attached to its roof which allows her to cook on the go.

“Oolu” is a Malayalam slang word meaning “She".

She also has stocked rice, water, flour, spices, and other dry goods in her car.

“I tried to cook as much as I could. It obviously saves money and also minimises the risk of food poisoning,” she told the newspaper.