He had taken hotel on 10-yr lease 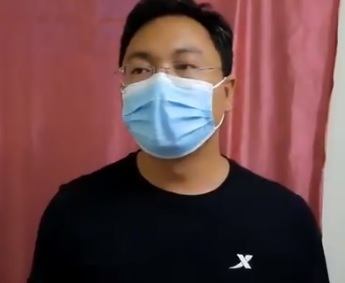 The arrest of a Chinese spy by the BSF in Bengal and his disclosure of having run a hotel in Gurugram for over one and a half years has brought the Gurugram police under scanner.

After drawing flak for failure of intelligence, the police have now started a verification drive.

“We have launched a verification drive at hotels and guest houses about their owners and the people residing there. We are tracking those who have not got police verification done. Paying guest house owners too have been asked to get all the details of inmates and get them verified under tenant verification,” said a senior police official.

The Chinese spy was identified as Han Junwei (36). He had been running a hotel in Gurugram’s DLF phase-3 by using a fake Aadhaar card. He was residing in Gurugram’s posh area.

Some of the staffers in this hotel are from China while the rest are Indians.

Hotel owner Jaiveer Lohia, a resident of Nathupur village, confirmed that the accused had taken his hotel on 10-year lease in October 2019.

Parul Lohia, a relative of the hotel owner, said that Han was regular in rent payment, posed as an Indian and never gave any reason to suspect him. “If there was anything fishy, we would never have given him our hotel,” said Lohia.

The authorities suspect that the accused may have got fake Aadhaar card from Gurugram and investigation in this regard are being conducted.