Long-term measures needed to prevent Ambala city from being inundated 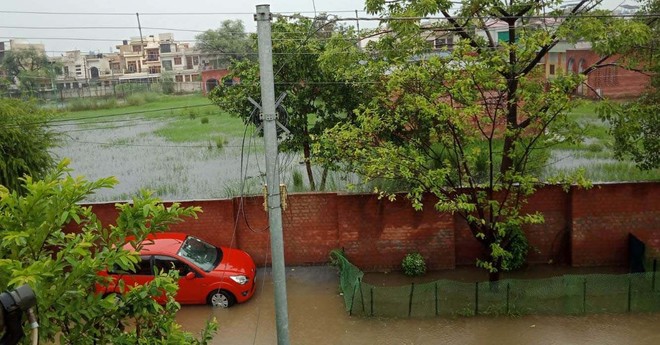 Before the rainy season set in I had apprised the Commissioner of the Municipal Corporation through email to get the drains at different locations such as Inco Chowk, Vivek Vihar, Near OBC Bank and close to the Grain Market cleared so that there was enough space for the water to flow during the rainy season. It was not taken seriously. It happens every year and people make hue and cry and later forget what happened till the next season. The need of the hour is to find long-term effective measures. — GP Kansal, Ambala

A 2-km stretch of the Dubaldhan-Palra road has been in a poor condition since a long time but no one is paying heed despite repeated complaints. The villagers are inconvenienced while driving a tractor or two-wheelers on the potholed road. Several road mishaps have taken place. The district administration must take note and get the road recarpeted at the earliest. —  DHARMENDER KADIAN, JHAJJAR

There is no shed or room at the cremation ground in Kandela village where people can cremate bodies during the rainy season. The villagers erect a temporary shed of tarpaulin to burn bodies. The village is thickly populated and is frequently visited by senior politicians of all parties. The administration must provide the basic amenities to the people. — Ramesh Gupta, Narwana

Residents of Karnal district are grateful to Union Railway Minister Ashwini Vaishnav and Chief Minister Manohar Lal that they have fulfilled their long-pending demand by granting approval to the Karnal-Yamunanagar rail route and also expect the Central and the state government to complete this project expeditiously within the stipulated time period. With the construction of this railway route, the residents of the district will definitely benefit and time will be saved in commuting to Haridwar. — Shakti Singh, Karnal