Will fill political vacuum in Haryana as soon as it arises: Selja

Selja had last week demanded the resignation of Haryana CM Khattar, saying he had lost the faith of the people and the authority to stay in power 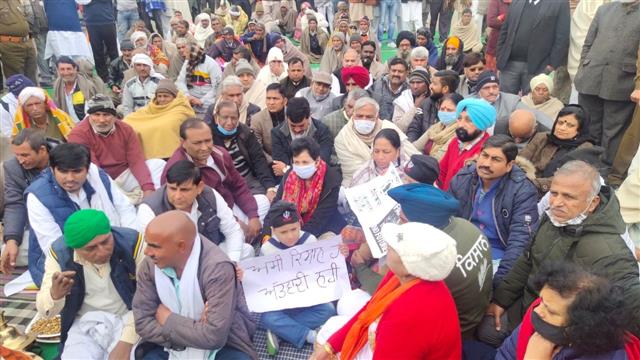 Haryana Congress chief Kumari Selja on Thursday said many ruling party lawmakers were in touch with the opposition Congress MLAs and the Congress was ready to fill a political vacuum should any arise in Haryana.

Selja said many MLAs of the ruling alliance are unhappy and anguished over the attitude of the BJP in the farm agitation and laws.

Asked if the Congress could attempt to form a government in the state, she said: “Let those circumstances arise first. There can never be a vacuum in politics. We are ready to fill the vacuum in Haryana as and when it arises.”

Selja had last week demanded the resignation of Haryana Chief Minister ML Khattar, saying he had lost the faith of the people and the authority to stay in power.

Haryana Assembly Opposition leader BS Hooda has been demanding that the Governor call an assembly session and the Khattar government be asked to prove its majority.