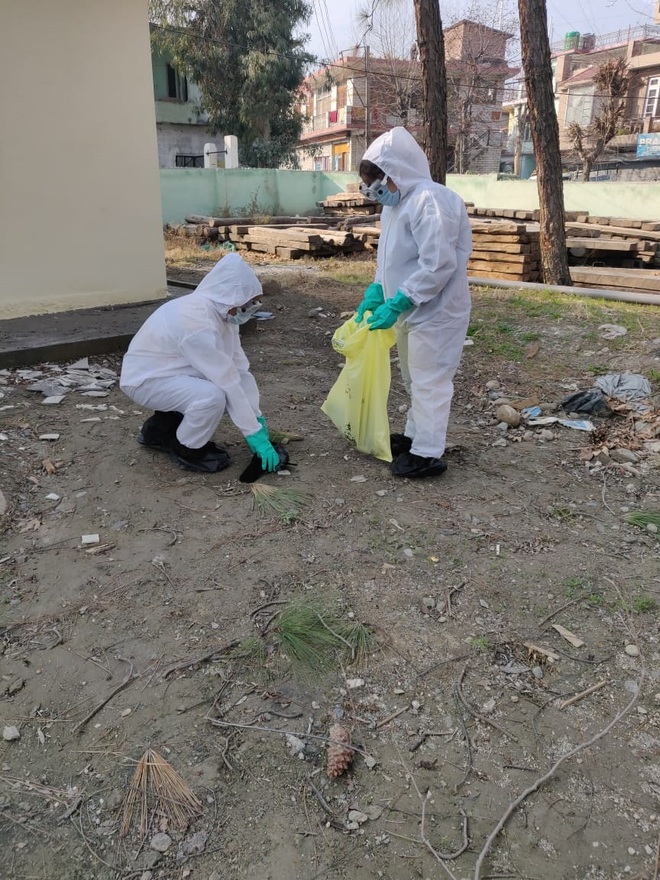 The bird flu scare looms in the district after dead crows have been found positive of avian influenza virus H5N8 at Babeli village here.

Dr Sanjeev Nadda, Deputy Director, animal health and breeding, Kullu, said seven crows were found dead on March 27 and 11 the next day. The samples were sent for examination and had tested positive for the H5N8 strain by the National Institute of High Security Animal Disease, Bhopal.

The deputy director said 29 crows were found dead in Jatehar Bihal and 40 crows in the Atal Bihari Vajpayee Institute of Mountaineering and Allied Sports, Manali. Their samples had also been sent for examination and their reports were awaited. It was suspected that the birds got infected as a flock of migratory birds crossed Kullu on March 16 and 17 towards Ladakh to return to their location.

Nadda said the surveillance had been increased and teams of officers from Animal Husbandry, Health and Forest Departments were monitoring the health of birds. As a precaution, samples of domestic poultry and commercial chicken shops had also been sent to the lab for examination. Forest officials had been advised to deep bury or burn the carcasses of the birds properly and disinfectant the place where the dead birds were found.

Kullu DC Richa Verma said there was no case of avian influenza-like illness in the district. She appealed to the people to refrain from approaching or touching a dead bird and report this immediately to the Forest Department or the Animal Husbandry Department or call emergency number 1077.

The DC said the administration was closely monitoring the situation. She added that so far, there had been not a single case of bird flu in domestic and commercial poultry in the district. It was advisable to consume chicken and eggs by cooking and boiling them at a temperature of 70 degree Centigrade.

She directed officials of Municipal Council, Kullu and Manali, and Nagar Panchayat, Bhuntar, to properly dispose of the chicken waste in the chicken shops. She appealed to the masses not to panic and immediately inform the authorities if they spot any dead birds.