Hills being razed 'illegally' along highways in Kangra : The Tribune India

Hills being razed 'illegally' along highways in Kangra 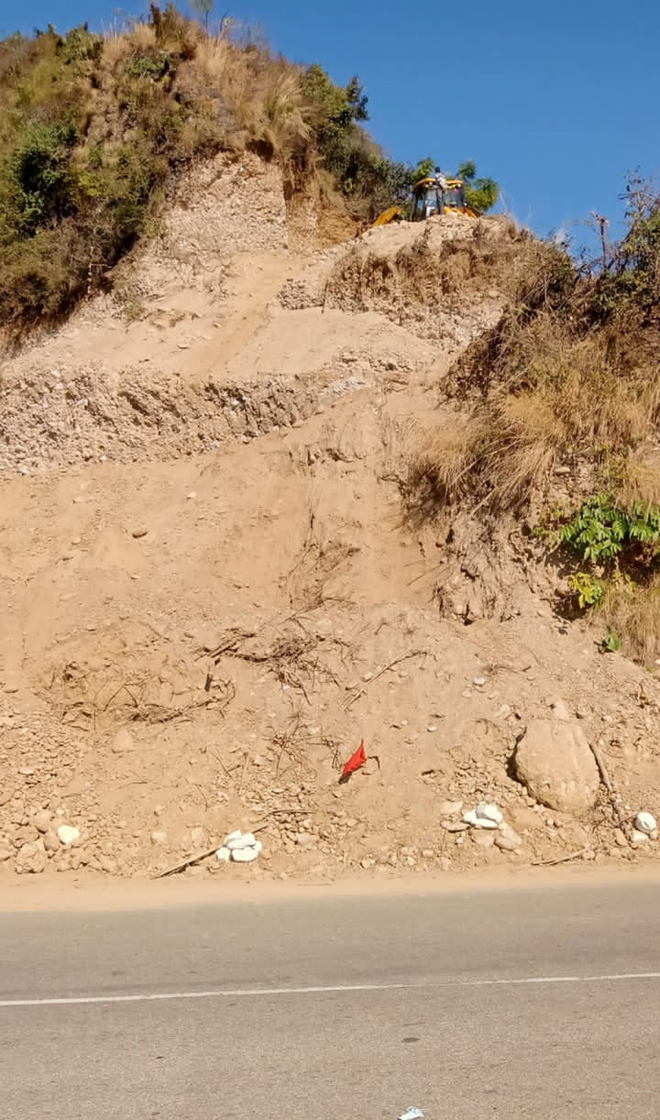 A hill being cut along the Dharamsala highway on Sunday. Tribune photo

Hills are being razed with impunity along national highways in Kangra district to bring up commercial establishments. As per information collected by The Tribune, most of these hills are being cut without obtaining a ‘No Objection Certificate’ from the national highways department in violation of rules and regulations, right under the nose of law enforcement authorities.

Some of the places where hills are being pulled down using JCB machines include areas from Dharamsala to the Gaggal NH, near the tunnel on the Kangra-Ranital NH and near Narian Pokhar on Ranital to Dehra NH. The machines are cutting the hills from top to bottom and debris is being dumped in gorges along the NH. Though the said highways are being used by officials almost everyday to commute, no action has been taken to stop the illegal act. Officials are waiting for formal complaints to take action.

The SE, NH, in the Kangra region, MP Dhiman, when contacted, said 24 meters is the acquired width of all national highways in the state. The land extending 24 m from the centre of all NHs is acquired by the government for NHs. If any construction is carried in that area, it is an encroachment on government land and action will be taken against culprits. Beyond 24 m, up to 5 m, from the edge of the road, no construction can be carried out without taking an NOC from the NH department, he said.

When questioned about the cutting of hills along the highways, the SE said action would be taken in case the matter is brought to his notice.

Besides, if the criteria of 24 m from the centre of the road is considered to be acquired along the NHs, in Kangra district, hundreds of illegal constructions have come up. Sources here said in most of the cases of encroachments on national highways, the authorities were either turning a blind eye or limiting their action to just issuing notices to save their skin in case of litigation.