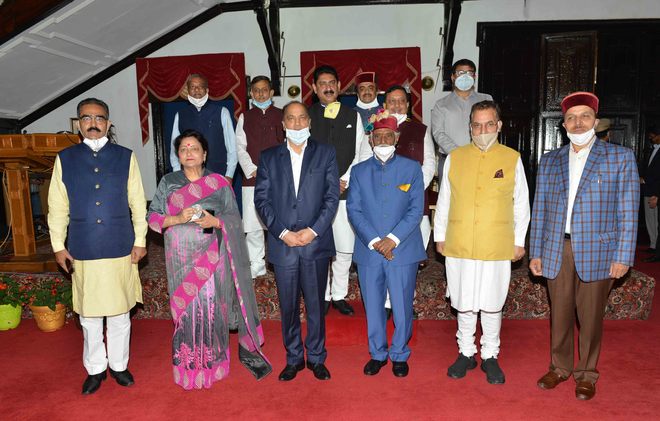 Though the CM had been keen to shuffle the departments, fearing resentment, he had been avoiding it. He had himself gone on record several times that there could be a change in departments, depending on the performance of the ministers, though that did not seem to be the criteria in reallocation of the departments after the induction of three ministers.

Even after filling the three vacancies in the Cabinet, the CM has retained several important portfolios like the PWD, Tourism, Excise and Taxation, besides Finance and Home.

The biggest gainer in this whole exercise is Dr Rajiv Saizal, who was Minister, Social Justice and Empowerment. He has been rewarded with the important Health and Family Welfare Department and Ayurveda Department. He has been a very low-profile minister with impeccable integrity and good performance. The fact that he is an Ayurveda doctor too could have influenced the CM’s decision.

Sukh Ram Chaudhary has been given Power, Rakesh Pathania Forest and Youth Sports while Rajinder Garg has been allocated Food and Civil Supplies Department. The portfolio allocation was finalised in consultation with national BJP chief Jagat Prakash Nadda and other central leaders and was announced late last night.

A close confidant of the CM, Industry Minister Bikram Singh has also emerged stronger as he has also been given the important Transport Department. Bikram is a Rajput who represents Jaswal in Kangra, which forms part of the Hamirpur Lok Sabha seat.

Senior-most Mahender Singh, Irrigation and Public Health and Horticulture Minister, is also a gainer as he has been given the additional Revenue Department.

On the other hand, the lone woman minister Sarveen Chaudhary seems to have been sidelined and given the Department of Social Justice and Empowerment.

She was looking after Town and Country Planning (TCP) and Urban Development Department. Of late, she had fallen out of favour with the CM, fuelling speculation that her wings would be clipped in the allocation of portfolios, which proved to be true. 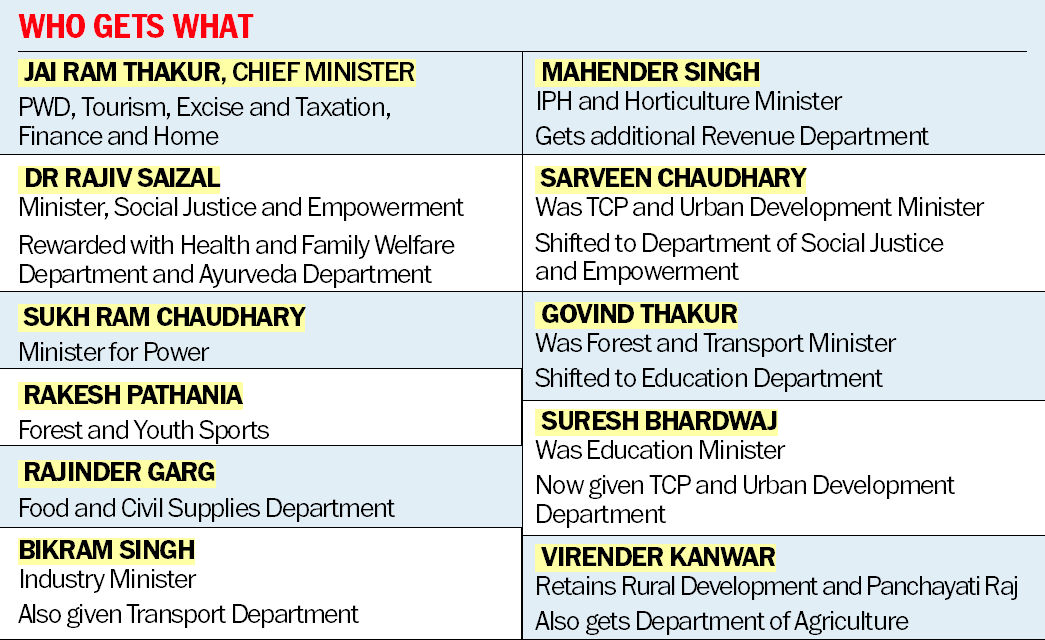 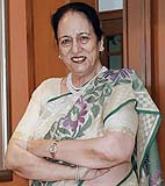 No death; 26 fresh cases in Ludhiana