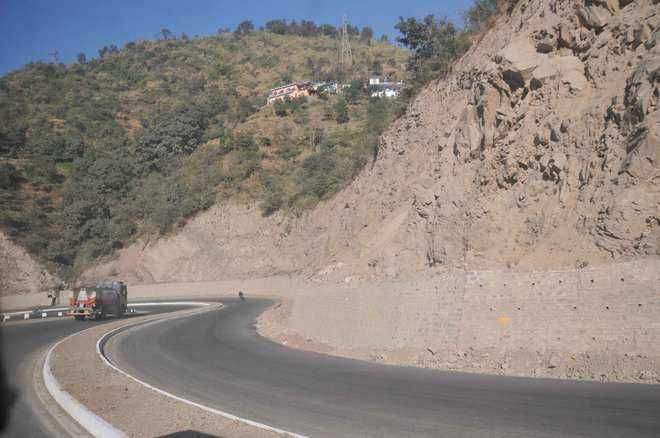 A letter written by the General Manager, NHAI, Himachal and J&K, to the Joint Secretary, National Highways, regarding the handing over of the Matour-Shimla road back to the state PWD has stirred up a hornet’s nest in Kangra district. The letter has been made viral by various Congress leaders from the district on their social media accounts.

In the letter, a copy of which was available with The Tribune, NHAI GM Varinder Sambyal has written to the Joint Secretary, National Highways, that as per the decision taken by the Union Ministry of Highways, the projects that are not viable are to be handed back to the state PWD. The GM has requested the joint secretary to hand over the Matour-Shimla stretch back to state PWD.

The foundation stone of four-lane of 207-km Matour-Shimla road was laid by the Union Minister for Surface Transport just before the last parliamentary elections. After an elaborative exercise the road was also transferred to the NHAI for fourlaning.

The Opposition leaders like former minister and senior Congress leader GS Bali has termed it betrayal with the people of Kangra district. He said that in the last two elections — the assembly elections of 2017 and parliamentary elections of 2019 — the BJP had been beating the trumpet that it got investment worth thousands of crores for Himachal by way of four-lane road projects for Pathankot-Mandi and Matour-Shimla road.

“Now we are being informed that the roads are being handed back to the state PWD. The Congress will expose the BJP government in the state for this betrayal,” he said.

The district Congress president Ajay Mahajan and HPCC general secretary said the Congress would launch an agitation in Kangra as major road widening project of the region had been shelved by the government. They said the present BJP government in state was already biased against Kangra and other projects in the district had been shelved.

The condition of roads in Kangra district — the Pathankot-Mandi road and Matour Shimla road — handed over to the NHAI was bad. The NHAI says they have already floated tenders for the repair of the roads.