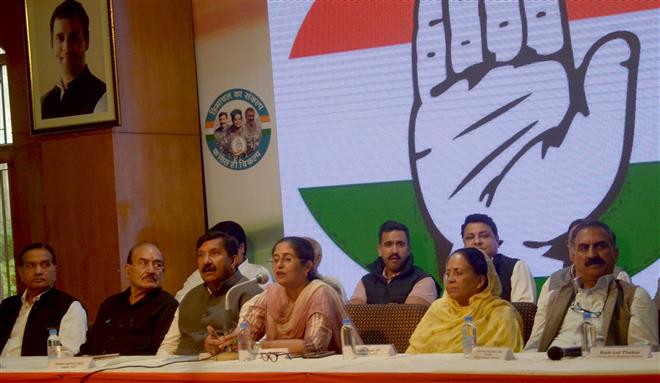 Meanwhile, Ram Lal Thakur, Congress MLA from Naina Devi in Bilaspur, who had resigned as state Congress vice-president, today chaired the meeting of the Election Management Committee. He dismissed speculation that he was unhappy with the state of affairs of the Congress. “My only concern is that the party must give ticket to candidates with a clean image and those having criminal antecedents must not be part of the election process. Priority must also be given to dedicated leaders, who have been loyal to the party,” he said.

Ram Lal said that he had resigned from the post to honour the one man-one post principle, as he was also the chairman of the Election Management Committee.

He said that meetings of the Election Management Committee had been held in 45 Assembly segments to strengthen the booth-level party units.