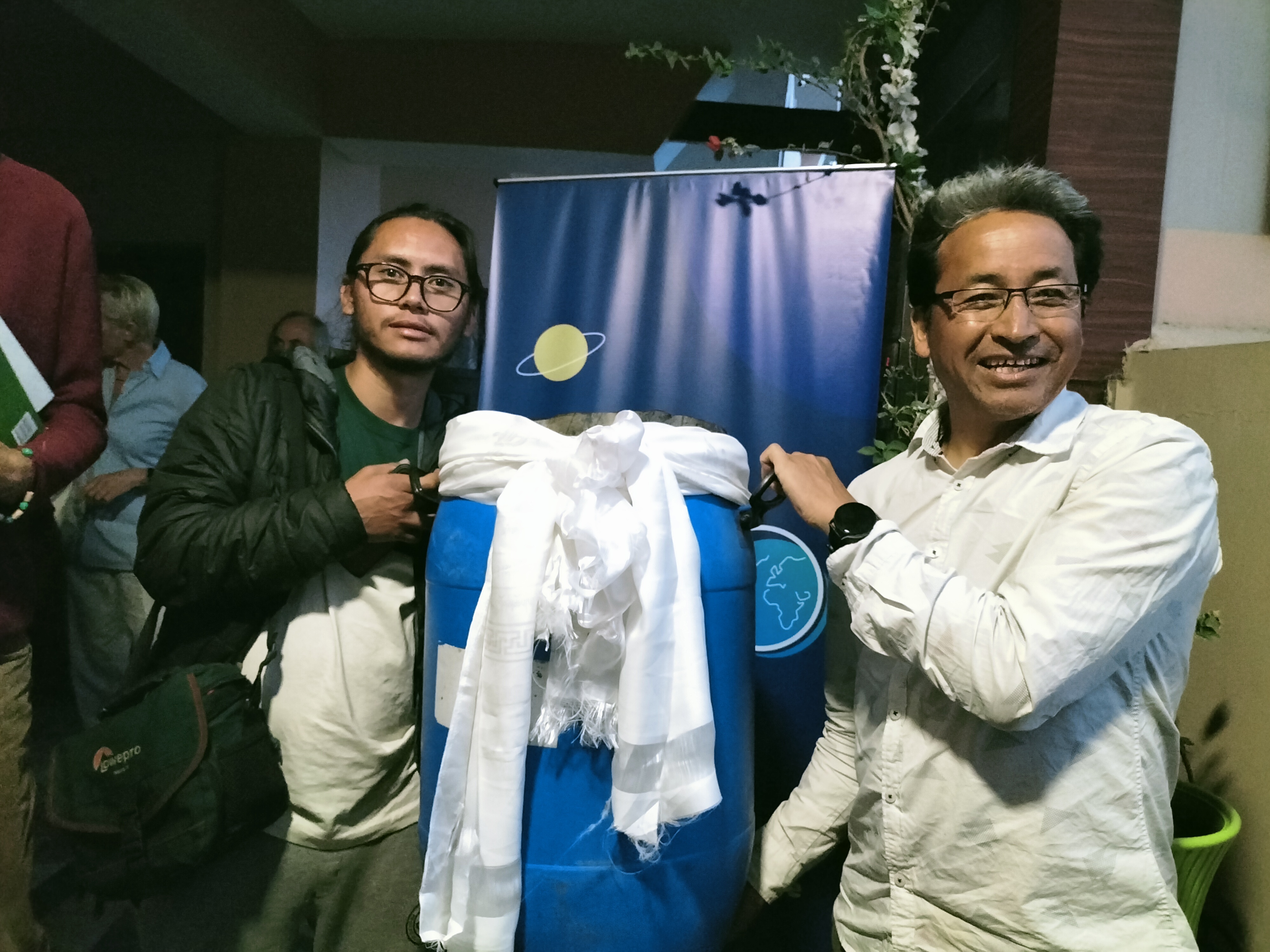 Sonam Wangchuk, a climate activist and innovator from Ladakh, along with other climate activists today brought a block of ice from the Khardung La glacier to Dharamsala to present it to the Dalai Lama on World Earth Day tomorrow.

They brought the ice block here to highlight the issue of global warming and its impact on the Himalayan glaciers. The three-day international conference on climate change is also starting here tomorrow.

Wangchuk, while talking to mediapersons here, said that he and a team of young climate activists hiked and bicycled to transport a block of Himalayan ice from Khardung La, one of world’s highest passes, to Dharamsala. “The ice block that has been preserved in low carbon insulation will be presented to the Dalai Lama to serve as an urgent reminder of how fast the Himalayan glaciers and other glaciers around the world are melting due to climate change,” he added.

Meanwhile, Sikyong Penpa Tsering and Kalon Norzin Dolma of the Department of Information and Internation Relations, along with Kashag Secretary Tsegyal Chukya Dranyi interacted with a group of climate activists, scientists and entrepreneurs at the Kashag Secretariat.

The delegates are in Dharmasala for the three-day conclave titled ‘Dialogue for Our Future: A call to Climate Action’ in commemoration of World Earth Day. The event is being co-hosted by the Tibet Policy Institute, EURAC Research, Czechs Support Tibet, and the International Campaign for Tibet.