Hyderpora encounter: Strike throws life out of gear in J&K 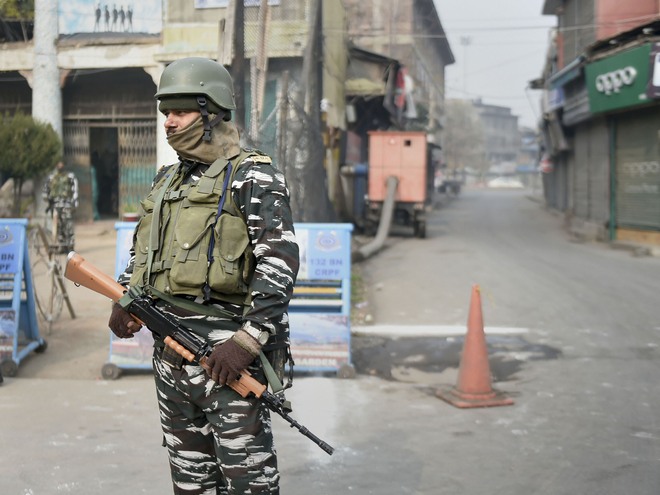 A security personnel patrols a street in Srinagar. PTI

Normal life was affected across the Kashmir valley on Friday due to the strike call given by the Hurriyat Conference to express solidarity with the families of the civilians killed in the Hyderpora encounter earlier this week, officials said.

Most of the shops, fuel stations and other business establishments in Srinagar were shut. Public transport was largely off road, but private cars and autorickshaws were seen plying in some areas of the city. Officials said similar reports of the strike being observed were received from other areas of the Valley.

The effect of the strike was accentuated by the public holiday on account of Gurupurb. The Hurriyat Conference led by Mirwaiz Umar Farooq had given the strike call. “Hurriyat Conference regrets that as most peoples’ leadership and political activists are either in jails or under house detention, people should observe a shut down on their own to protest such inhumanity and in solidarity with the devastated families of the slain civilians,” the Hurriyat had said in a statement a day before. — PTI