Mehbooba Mufti: Talks with Pak must to end bloodshed in J&K 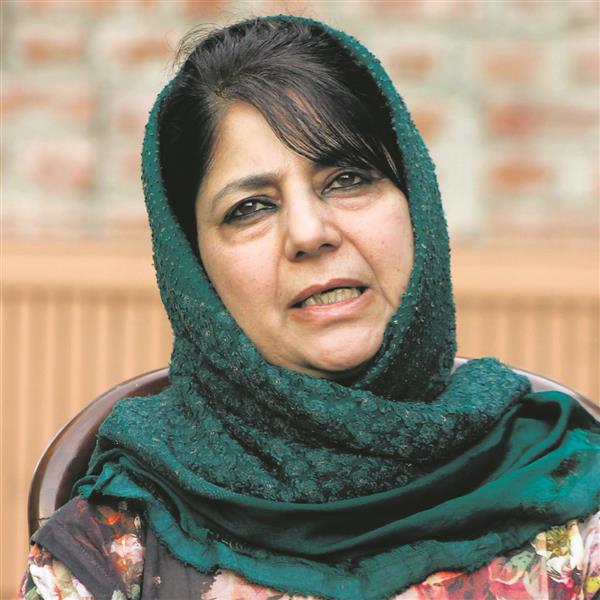 Peoples Democratic Party (PDP) president Mehbooba Mufti on Wednesday said India should talk to Pakistan for the resolution of the Kashmir issue and putting an end to the bloodshed in the region.

She said this at a party gathering to commemorate the 22nd raising day of the PDP here. "The ceasefire between India and Pakistan (in February) was a result of dialogue. Then what's wrong when Mehbooba Mufti says hold talks with Pakistan for resolving the issue and ending the bloodshed?" she said.

The former Chief Minister said there should be no hesitation in holding talks with the neighbouring country for improving the situation.

"The ceasefire has resulted in peace along borders and lesser infiltration. This has brought relief to people,” she said. "We are talking to China, which has occupied our land. You (the government) might not admit it but that is the case. The Shimla and Tashkent agreements between India and Pakistan were about Jammu and Kashmir," said Mehbooba.

She said PDP founder Mufti Mohammad Sayeed's dream of trade and travel between divided parts of Jammu and Kashmir was realised by the efforts of then Prime Ministers Atal Bihari Vajpayee and Manmohan Singh. "Hold talks with Pakistan again and open the Muzaffarabad and Rawalakote trade routes again," she said.

Mehbooba said during the all-party meeting with the PM last month, she had reiterated that dialogue was the only way out. "I also said we will continue our struggle for the restoration of Jammu and Kashmir's special status, which was taken away unconstitutionally. We will not rest till we get it back with interest," she said. —PTI