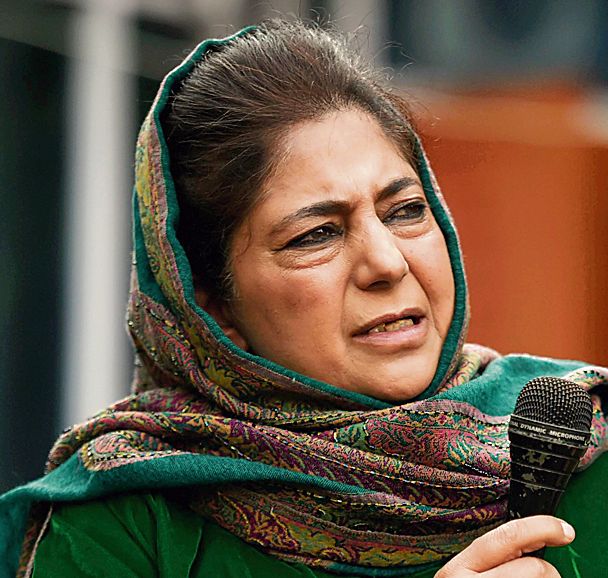 Jammu and Kashmir Peoples Democratic Party (PDP) president Mehbooba Mufti on Monday said the United Nations had to “step in” as India’s own institutions have stopped taking notice of human rights violations.

Mehbooba said anyone who raised voice against the wrong measures of the Government of India (GOI) was labelled as “Pakistani agent”.

“Anyone who raises his voice against GOI’s draconian measures is conveniently labelled as a Pakistani agent. A pity that our own institutions have stopped taking notice of such brazen human rights violations & instead the UN has to step in,” the former chief minister said in a tweet.

She was referring to a police charge sheet against PDP youth wing president Waheed Para that alleged that he was an asset of Pakistan-based terror groups.

Mehbooba’s tweet was also in reference to reports that some UN rapporteurs had raised the issue of Para’s arrest by the National Investigation Agency (NIA) for his alleged links to terror groups.

India does not recognise the role of any third party in its internal affairs. — PTI