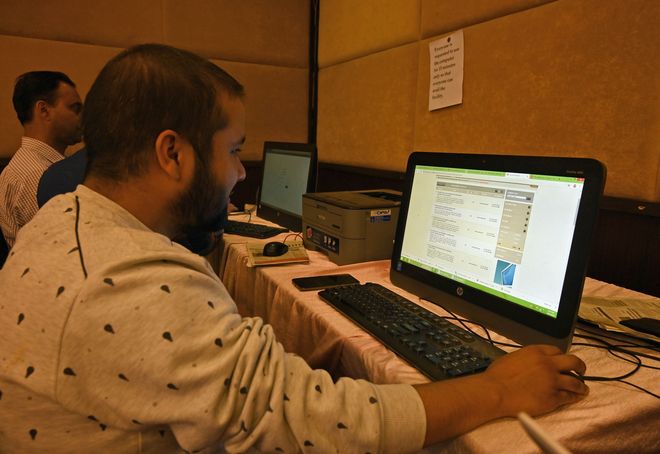 As the internet connectivity remained a major problem in conflict-ridden Jammu and Kashmir, the UT administration has started an exhaustive exercise to provide high-speed broadband access to all villages in J&K under the National Broadband Mission (NBA).

The project is envisaged for the socio-economic development of people across the Union Territory. Under the project, the government has planned to provide high-speed optical fibre connectivity to over 4,000 gram panchayats.

For the purpose, the UT administration has constituted a high-level panel to be headed by the Chief Secretary BVR Subrahmanyam and comprising of Administrative Secretaries of four major departments as members. The panel would ensure implementation of the objectives as envisaged in the NBA.

The panel has been mandated to advice, either suo motu or on a request from the governing council or steering committee on the matters relating to accomplishment of the objectives of the mission concerning Jammu and Kashmir.

It would also facilitate the implementation of the guidelines issued by the governing council or steering committee enabling expansion of broadband services for the socio-economic development of people of the UT, besides monitoring and evaluating the work of the mission pertaining to Jammu and Kashmir.

According to official data, Jammu and Kashmir has 6,374 villages spread over 4,000 gram panchayats — nearly 40 per cent of them still lack basic infrastructure like roads, water and electricity.

Jammu and Kashmir has been without high-speed mobile internet since August 5 last year when the Centre abrogated the Article 370 and Article 35-A and reorganised the erstwhile J&K state by dividing it into two UTs — J&K and Ladakh.

The people have been demanding for the restoration of high-speed internet arguing that it has not only affected their businesses but also adversely impacted the studies of students in the UT.