370 challaned in anti-dengue campaign in Jalandhar 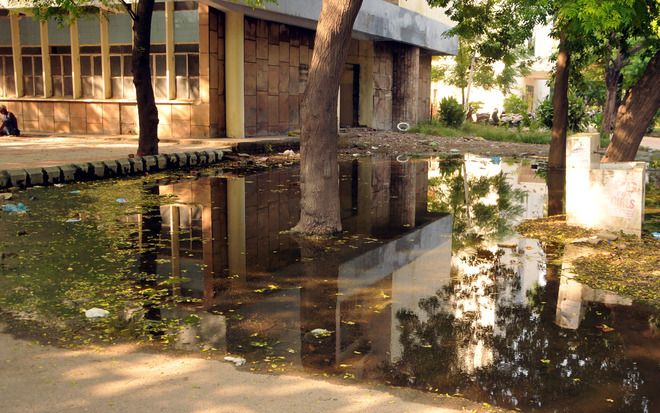 The civic authorities in Jalandhar have issued as many as 370 challans against persons who did not bother to keep a check on stagnant water in their premises resulting in the breeding of dengue-causing mosquito larvae.

Teams of Municipal Corporation along with health staff has been checking various buildings and asking people to ensure that there is no stagnant water which could lead to multiplication of Aedes aegypti mosquitoes. Flower pots, refrigerators, coolers, tyres, bird feeders and utensils kept around the houses and shops are being checked to ascertain chances of breeding.

Deputy Commissioner Ghanshyam Thori has ordered mass awareness drive in hot spots falling in the district to motivate people to clear out stagnant water in premises of residential, streets and public places. He said that as part of the drive, the MC along with health, education, youth welfare and other departments would form joint teams to visit door-todoor for sensitising the people about breeding grounds in the hot spots.

Further in the rural areas, the teams of panchayat, health department, EOs, BDPOs would carry out awareness campaign in all villages.