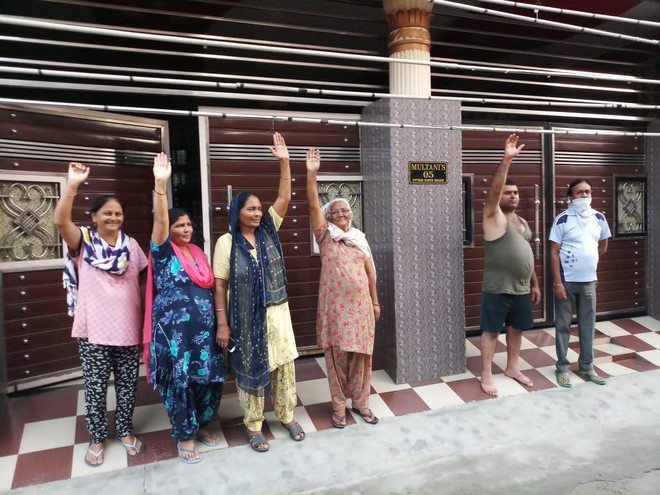 Residents of several congested areas residents in Jalandhar are grappling with the problem of dangling wires. The wires have been suspended perilously. In some of the areas, it becomes difficult for commuters to cross the lane. Residents of Uttam Nagar, Basti Sheikh, in ward number 38, have been complaining of the same problem for more than 10 years now. Unable to find any solution to the problem, they have taken the precautions at their own level by covering the wires with plastic sheets.

Councillor of the ward Onkar Tikka said the issue was quite old but it had not been fixed till date.

Notably, before the pandemic, MLA of Jalandhar West constituency Sushil Kumar Rinku had also written a letter to the PSPCL in which he complained about the hanging electricity wires. He had asked the department to act on the complaints.

Gaurav Kapoor, one of the residents of the area, said several requests had been made in this regard but to no avail. "The authorities cannot afford to take the issue of dangling wires lightly as it poses a grave threat to the safety of residents." he said questioning the MC as to why it was waiting for any tragedy to happen.

Kulwant Singh, another resident said he, along with other residents, had been raising the issue for the past many years but the problem still stands there. "Our pleas have fallen on deaf years. We hope that issue of low-lying wires is rectified immediately."