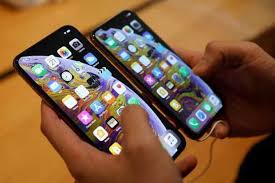 While scores of farmers from across the region have moved to the national capital to seek the withdrawal of the agriculture laws passed by Parliament in September this year, children (teenagers) of farmers back home are virtually lending support to the protesting farmers. Observing a series of episodes on the Delhi-Haryana border, the youngsters are busy creating numerous posts on social media to make the voices of farmers heard louder.

As per the social media trend, the farmers’ “Delhi chalo andolan” topped the chart among the widely discussed topics on social media. Following which, meme pages depicting farmers braving the water cannons and tear gas to go on until the Central Government takes back the contentious farm laws took the public eye.

@farmers_protest,@farmersprotestchallenge,supportfarmers,@delhichalowithfarmers,@farmersprotestawareness,@punjabprotestfarmers are some of the Instagram pages that have been created in the past three days to lend support to thousands of farmers fighting for their rights on the Delhi-Haryana border. Besides the agitators, local residents are also proudly flaunting T-shirts and bands with images and quotes of Bhagat Singh.

Damanvir Singh, a young farmer from Phillaur, said, “Even if we can’t join the protest physically, we are fighting the same battle digitally. As various new features have been launched on various social media sites, it has become easier for us to spread our reach. Even Punjabis settled abroad are supporting us in our drive by sharing our posts and making appeals to revoke the farm laws.”

Likewise, Shreya Pandey, a resident, who shared the viral picture of farmers serving langar to policemen, said, “The stiff opposition by farm bodies indicates that all is not well with the agriculture policies. Farmers should be in the fields not on roads to decide a better future for their crops. The lathi-charge and use of tear gas by the police was highly condemnable. The government should immediately come to a conclusion before things turn worse.”

Vishal Bhanot said, “The growing resentment among farmers against the agriculture laws has united people across the country. Earlier, we didn’t know much about the farm laws but after understanding them, we are standing in support of the farming community. The movement is gaining support on social media every day. The government needs to ensure that the farmers are not exploited at the hands of corporate houses. Besides, they must be given MSP for all their crops.”