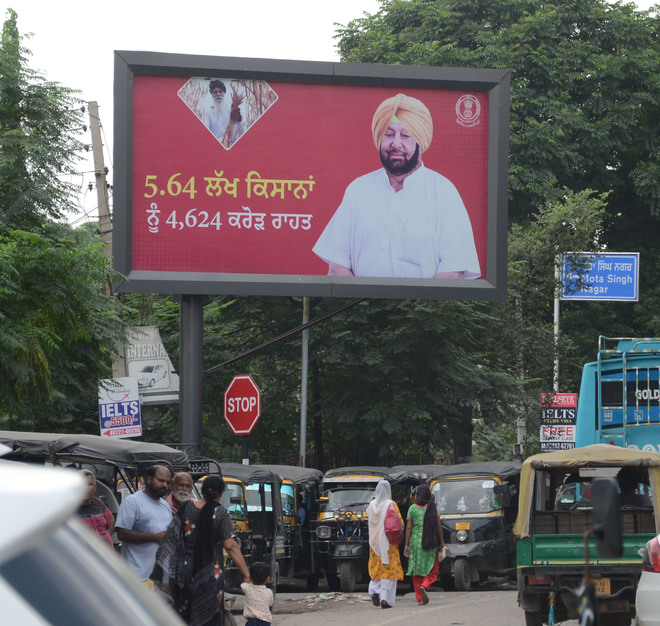 The new group will surely want to change the photos of former CM Capt Amarinder Singh on the hoardings that dot city roads and buses.

Sudden changes at the helm of affairs towards the fag end of the Congress tenure would certainly lead to unplanned expenditure, especially with regards to the publicity part.

Almost all cities across the state have numerous hoardings of the state government, publicising its various schemes and portraying Capt Amarinder Singh as the Chief Minister.

The new group that has come to power would obviously want to make such changes in the public domain which make its presence felt. The former CM’s bold photos would have to be replaced with those of new Chief Minister Charanjit Singh Channi, his team of Deputy CMs and the new ministers from the departments concerned, besides other party leaders, including PPCC chief Navjot Sidhu.

An insider from the Public Relations (PR) Department said, “All these changes will take a few weeks. Once the portfolios are announced and oath-taking is done, the new posters will be designed, ordered and put up. Since Assembly polls could be just four months away, everything will be done at a war-footing.”