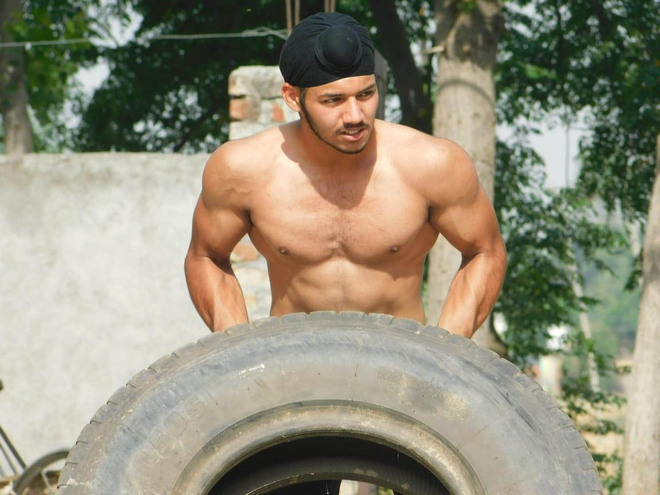 Kuwar Amritbir Singh (19), a fitness influencer from Batala, believes that the best way one can make a difference in the life of others is to inspire them.

Kuwar, who has social media following in lakhs, has made a mark in India Book of Records and World Records of India by following his passion for fitness.

His last record for India Book of Records was 35 superman push-ups in 30 seconds. He has also been nominated for Karamveer Chakra award.

As every teenager has a dream to achieve something big in life, Kuwar embarked upon his journey when he was 16. Strict schedule helped him sink deeper into his passion. Currently pursuing his bachelor’s degree in physical education, he aspires to make his mark in the fitness world.

“Watching movies and content on stunts always thrilled me. Seeing my favourite actors doing callisthenics, I also wanted to try the same. Hence, I started with pushups. My day starts around 5.30 am, followed by two-hours workout. In the evening, I prefer to do cross fit workouts to keep my self agile,” he said.

With a make-shift gym at his home at Umarwala village, he has made himself a master of his own. He learnt his skills on his own at the gym set up at his cattle shelter. Gunny bags full of sand and cemented plastic cans are his weights for building strength.

Having born and brought up in a family of farmers, he actively supported ongoing farmers’ protest.

A recipient of the Youth Icon award from his district, he, doesn’t aspire to settle abroad like most of his counterparts. “I want to encourage youth to do something different in life. I try to motivate people to take up healthy lifestyle. Become an ambassador for your own cause, as that’s the only way you can make a difference. Social media has opened various platforms for me. In future, I will vouch for TV reality shows for better reach. In the last segment of ‘Hunar Punjab Da’, I was among the top 10 contestants,” said Kuwar.